Synthetic urine or “fake pee” may seem like something you get from prank shops, but its purpose is far from being laughable. Fake pee is primarily used to pass drug tests as a urine test is the most common testing method.

So, what is synthetic urine made of? Can you convincingly use fake pee instead of your urine for a drug test?

What Exactly is Synthetic Urine? 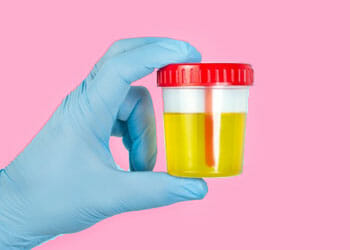 Synthetic urine, also known as fake pee, laboratory urine, and artificial pee, is a substance created to mimic pure and real human urine. Synthetic urine copies not just the appearance of real urine but also its chemical properties and composition.

All of these states have now got statutes in place that make the sale of synthetic urine illegal, even if it’s intended use is as a party trick or fetish product.

What Form Does It Come In?

Synthetic urine comes in a liquid solution or powder form. When you buy one, you’ll find that it comes in a kit, which includes a substance container, thermometer strip, and heating pads, so you get the right urine temperature. Some stores even provide a device where you can store the pre-mixed liquid solution inside your clothing.

Based on research, we’ve seen that there are different brands of artificial urine. The more advanced substances may match real urine’s pH level, gravity, color, and smell. 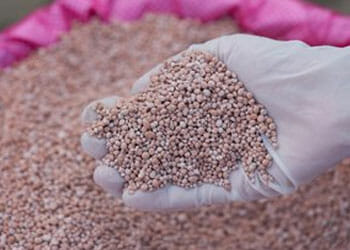 Synthetic urine is made mainly of artificial urea, a chemical compound known as nitrogen fertilizer [1]. According to Woodstock Enterprises Inc. [2], Urea contains about 95% of the urine’s nitrogen content; thus, it does not typically contain uric acid.

The manufacturer stated that creatinine is in a hydrated form of creatine, and the creatinine maybe 2x as much as uric acid in the urine. To some, it is preferable to include creatinine in approximately normal levels in the synthetic urine sample.

Along with it are carefully blended components such as water, creatinine, pH balancers, and uric acid.

How does it work?

Once you could successfully “pee” or put the synthetic urine on the designated collecting cup on the actual lab test, you’re good to go. However, the detection of “fake” or synthetic urine now wholly depends on how skilled the technologist is while he or she examines the sample. Of course, collectors should be vigilant enough to notice that you are not “peeing” on the specimen cup.

Are There Risks For Using Synthetic Urine?

As per our comprehensive research, synthetic pee gained popularity due to the lengths people are willing to take to hide their indulgence. Whether it’s about protecting careers or hiding substance use from family and friends, most of us are not yet ready to accept the consequences of our actions.

But, using fake pee is not foolproof. Over time, testing centers have developed methods to detect fake urine, so it’s not just as easy as filling that cup anymore. There is no guarantee that you can get away with using synthetic urine. You may even have to face harsher consequences like getting fired or getting jailed.

Recommended Article: Getting Caught Using Synthetic Urine: What Will Happen To You?

With the claims that their product is not meant for drug test falsification, companies and manufacturers of synthetic urine can legally operate their businesses. Similarly, sellers of drugs and drug paraphernalia use such a tactic. For example, glass pipes are regarded as “tobacco” use, however, primarily used for marijuana.

Just like weed being legalized in some states, fake urine’s legality also varies from state to state. Eighteen states have prohibited the manufacturing and sale of synthetic urine to falsify drug tests. Despite this, only South Carolina has ever prosecuted an artificial urine seller.

At what age can these products be purchased?

All users should confirm they are of the legal age of 18 and agree to use these products following all local state and federal laws in which they reside.

How long will a synthetic urine sample last?

It depends on the brand. For example, Quick Fix 6.2 and Monkey Whizz have a two-year shelf life. Others, like Sub Solution and dehydrated synthetic urine, designed to be prepared by the user, should be used within 24 hours to ensure its validity. It’s not contaminated with any bacteria.

Does synthetic urine work for both men and women?

Synthetic urine’s composition is balanced with human characteristics for both genders. The creatine levels, Ph, gravity, color, Urea, and uric acid are formulated to go with normal human levels. Furthermore, labs are excluded from gender-related testing due to transgender privacy laws.

After thorough research, we believe that Synthetic urine’s invention is a giant leap to science and could help pass drug tests.

However, there is no guarantee that synthetic urine can ensure a negative drug test result. You may even face harsher outcomes if you get caught. You might lose your job, or you can even get jailed.

We think that abstaining from toxins is still, by far, the best method to pass your drug test.