If you want to test a loved one for drug use or just want to check if you’ll pass a drug test at work, a home test is your best bet.

What is Areta 14-Panel Drug Test?

A drug panel is a collection of drugs that you test for on a drug screen [1].

Areta is a 14-panel drug test, which means you can test for the presence of 14 drugs. It comes in a cup, which is used to urinate in. It can be used for home, workplace testing, school, rehab centers, and law enforcement drug testing.

I used the Areta drug test myself, and I found it has several benefits. The company says the Areta 14-panel can detect the presence of 14 drugs, which include:

Most other drug panel tests detect up to 10 or 12 drugs, so 14 is an impressive number.

The company says the package includes an easy-to-urinate-into cup, and I agree. I didn’t have any issues using it.

I also like that Areta includes everything you’ll need for a drug test in the package — the temperature strips are built into the cup, and you’ll even get disposable gloves.

In the past, I’ve bought panel tests where only the strips were included, and I had to get a cup separately, so it’s convenient to have everything included. I also found the Areta drug test easy to use. I followed these steps:

The results were easy to read as well. The test is negative if 2 lines appear and positive if there’s only 1 line.

The lines were bold, and I didn’t have any issues seeing them.

I also found Areta to have some shortcomings. The company says Areta is over 99% accurate, which I don’t think it’s true. The test didn’t show correct results for me.

My Areta test came back negative, and the lab test was positive.

Overall, I think Areta is suitable for users who use weed a lot. The more you use, the higher the chances the Areta test will detect drug metabolites, and you’ll get more accurate results.

If you’re a light user and want to check if you have THC metabolites in your system after some time, this may not be the best option for you as you may get false-negative results.

Comparison to Other Drug Panel Tests Compared to other panel drug tests, Areta checks for the presence of 14 drugs, which is the most. Twelve Panel PreScreen Mini Drug Test checks for 12, Easy@Home checks for 5, and Care Check only checks for marijuana.

Care Check comes with 16 drug tests kits, which means you can test for drugs 16 times. Easy@Home has 5 tests, and Twelve Panel PreScreen Mini and Areta can be used only once.

You can buy the Areta 14-panel drug test at various online retailers. The price varies, but it’s usually around $30.

Jessica says wasn’t satisfied with the Areta drug test. She used it to test her ex-partner. She wanted to be sure he was clean before letting him take care of her kids. He admitted he had used drugs the night before, and the Areta test still came negative both times.

Areta drug tests have varying accuracy. The company claims they are accurate, but many users report incorrect results.

Should You Use the Areta 14-Panel Drug Test?

You can try your luck with the Areta drug test, but I recommend the 12-Panel PreScreen Plus Mini. It tests for the presence of 12 drugs, which is more than enough for most users.

PreScreen Plus Mini has a proven test accuracy of 99% because this is a CLIA waived test. This means it passed specific Clinical Laboratory Improvement Amendments criteria and has a low risk of showing a wrong result. It’s also FDA cleared.

PreScreen is extremely easy to use. The package contains a cup with built-in test strips and disposable gloves.

Finally, PreScreen has a shelf life of 18 months, which is a very long lifespan considering its affordable price.

Check it out, and get your home drug test today. 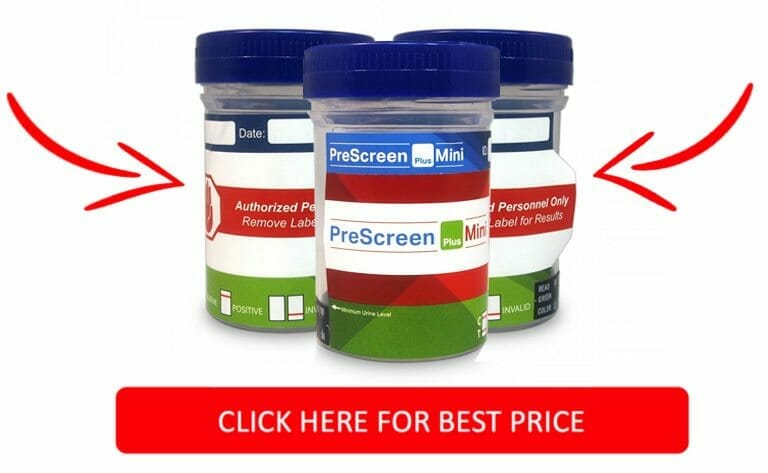