Yellow Snow Review
Does it Even Work?

This Yellow Snow review was last updated in February 2023.

The scourge of the drug test has spread like a plague across the employment landscape.

While there may come a day when this type of unwarranted intrusion is stopped by the courts, that day is not here yet. Because of that, hardworking employees everywhere are forced to find ways to protect themselves and their rights, and that’s where synthetic urine comes in.

Terminader Yellow Snow is such a product, and you’re here to find out if it will help you sidestep Big Brother.

We took a good long look at Yellow Snow and below, we’ll tell you what we discovered.

What is Yellow Snow? 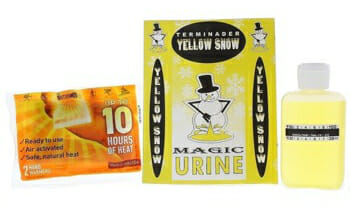 Back when drug testing equipment was being developed, it became apparent pretty quickly that there was a problem.

How were these new machines going to be tested? After all, the companies making them couldn’t ask their engineers and office staff to be peeing in cups all day. So labs were enlisted to develop fake pee that could be used instead of real pee.

Not long after, other chemists got the idea that this fake pee could be sold to the people who would be tested by these machines. Which brings us to today.

Nonetheless, there are quite a few second-tier brands all vying for your business, and Yellow Snow is one of these. It’s produced by a company called Terminader that also makes a fairly popular brand of detox drink called “Terminader Gold.”

When you receive your Yellow Snow package, it comes with a 4-ounce bottle of premixed product (for fetish purposes only, of course), along with a pair of hand warmers that are designed to help you keep the fake pee above 90 degrees Fahrenheit.

The good thing about Yellow Snow is that as long as you don’t open the bottle, you can reheat it as many times as you need to.

What are the Ingredients in Yellow Snow? 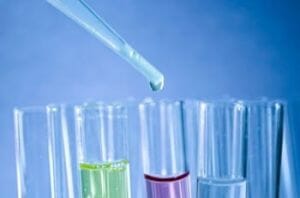 No one who makes this type of product is going to list their ingredients on the package. And because it’s marketed as a fetish product, they don’t have to.

However, the chemical composition of human pee is well known and is even available online if you are curious. So if Yellow Snow is just like human pee, as the manufacturer claims it is, then the actual ingredients should be no secret.

Of course, just because a product has all the ingredients it’s supposed to, it doesn’t mean it’s going to do what you expect it to.

That’s because those ingredients need to be mixed in the right proportions. And this is where some cracks begin to appear in the Yellow Snow.

Because while it might look like real pee, it doesn’t actually smell like real pee and there have been multiple reports from actual users that various aspects of the mix – such as pH levels and creatinine levels – are also off, causing them to fail their tests.

Of course, the only thing that really matters is if the synthetic urine actually works.And for this, we had to spend long hours scouring the digital domain trying to find feedback from people who have actually used it in real life situations.

What we found was a mixed bag of positive and negative reviews in almost equal measure.

Our own experience with Yellow Snow was that as soon as we opened it, we were struck by the odd smell. Now we understand that not all piss from all people smells the same all the time, but there was just something off about this product. It had a chemical odor that suggested something like paint thinner and not urine.

On top of that, there were the stories we were hearing that people were failing tests because the Yellow Snow pH and creatinine levels were off. We also heard from users who said the hand warmer wasn’t worth a bucket of pee.

So does it work? Well, it seems to work sometimes. And it seems that in quite a few instances it doesn’t work.

It could be a matter of one batch being mixed properly and the next batch being messed up. And maybe that has something to do with the fact that it’s sold by a company whose main product is waterbeds.

How Much Does Yellow Snow Cost? 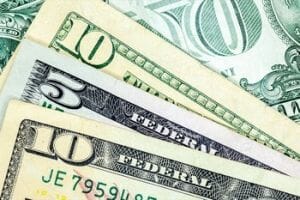 That’s pretty much in line with other products like Clear Choice Sub Solution. So there’s nothing unusual there.

Where Can I Buy Yellow Snow?

For those with a taste for unnecessary risk, Yellow Snow can be purchased here.

It’s also available via a small number of websites we wouldn’t do business with if we were drowning and they were giving away life preservers. But it’s entirely up to you.

As of this writing, the main sales outlet (waterbedsnstuff) says they’ll provide free shipping, for what it’s worth.

How hot should Yellow Snow be?

Yellow Snow should be heated to between 94 and 100 degrees Fahrenheit, as this is the same average range of human body temperature. At the test facility, this will be checked, so make sure you don’t move outside this range too much.

Can you reuse Yellow Snow?

Yes, you can reuse Yellow Snow after opening the bottle and not using the full content. It’s also best to avoid reheating it too many times, as the water will gradually evaporate, and you can end up with a sample that is too concentrated.

Does Yellow Snow have a temperature strip?

Yes, Yellow Snow has a temperature strip, and it’s already stuck to the side of the sample bottle. It’s straightforward to read, and with a glance, before you head into the test facility, you’ll be able to confirm it’s still in the ideal temperature range.

Can you flash freeze Yellow Snow?

Yes, you can flash freeze Yellow Snow, but you have to avoid regular defrosting. Constant changes in temperature while it’s being stored can alter the chemical structure and gravity, leading to a higher risk of a failed test.

Can Yellow Snow be found anywhere else?

No, Yellow Snow cannot be found anywhere else other than a few reputable online retailers. This helps keep costs low, and you will have more peace of mind that it’s not going to be a counterfeit product.

Does Yellow Snow have a rancid smell?

Yes, Yellow Snow has a rancid smell, and it’s not something you’ll sell as a cologne. But the scent is an excellent feature, as it matches what you would expect real piss to smell like. And the closer it is to the real stuff, the more likely it is to pass a test.

What items can be found in Yellow Snow?

The items that can be found in Yellow Snow are a 2-ounce bottle of synthetic urine, an air-activated heat back, and a temperature strip. This is all you need to be prepared for your next urine test.

So can we recommend Terminader’s Yellow Snow synthetic urine?

No. Unfortunately, we can’t.

There are just too many questions and too much negative feedback associated with the product. And the shady circumstances of its origins make it even less appealing.

What we do recommend is, if you have a test looming, to take your 40 bucks and go buy some Clear Choice Sub Solution instead.

It has the kind of proven track record you want to see when your job is on the line.