Pissinator Review
Is It Worth a Shot?

This Pissinator review was last updated in December 2022.

Drug testing employees began during the Reagan administration way back in the 1980s as a cheap and easy way for politicians to look like they were tough on drugs.

At first, drug testing was confined mostly to train conductors and truck drivers. But over the years, its creepy reach has extended into virtually every sector of the economy.

As drug testing became more pervasive, people cried out for ways to protect their legitimate right to have a private life.

At first, there was synthetic urine. But when testers began placing someone in the room when a person was giving a sample, it became obvious something more was needed. 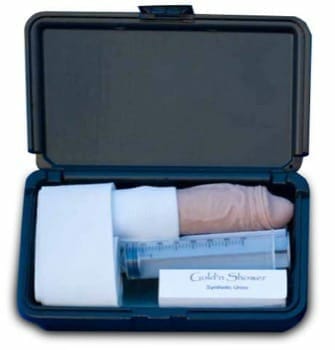 The Pissinator is a synthetic strap-on penis, with a tube down the center, that you use to deliver a urine sample in order to keep your job. People have been using the Pissinator for quite a while.

It was one of the first strap-on urine delivery devices to hit the market, along with the Monkey Dong, and it has seen fairly constant sales for some time.

While the words “strap-on” will probably make some people uneasy, there’s really no other way to describe this kind of appliance. You strap it on under your pants, and when the time comes to deliver your sample, you simply whip it out and take care of your business.

The people who designed the Pissinator did a pretty good job of seeing to it that it looks real. There’s actually a lot of thought that has to go into the design of something like this. Remember, it has to share space in your pants with the real you so it can’t be too large.

At the same time, you need to be able to take it out of your pants to deliver the synthetic pee that comes with it. So it can’t be too small.

The color of the device also has to be believable. And some such devices fail miserably in this regard. Not so the Pissinator.

What Do You Get With The Pissinator Kit? 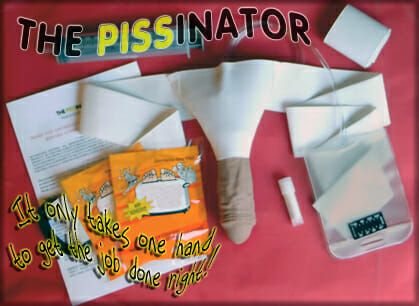 As you probably figured out, a device like this is more than just a fake dong you slip in your pocket. It needs to be the entire package, from the fake penis to the urine bag to the delivery tube to the strap system, that holds everything in place.

Making sure everything looks, feels and works according to plan is going to take some practice because remember, they’re going to be watching you like a hawk when you enter the facility to deliver your urine sample.

So everything has to seem natural as can be. The standard Pissinator kit comes with:

Does the Pissinator Actually Work?

As we said earlier, the Pissinator has been around nearly as long as the better known Monkey Dong and has a pretty good track record of success.

If it didn’t work at all, it would have fallen by the market wayside a long time ago. And we can understand some of the reasons why it has endured.

The people behind the Pissinator though, actually give you easy-to-follow instructions that should help a lot. The device itself comes with 4 ounces of fake pee, and the bag you’ll be wearing into the test room is pretty easy to fill.

The Pissinator should not give you any problems from a visual standpoint. So up to this point, it’s pretty much all good.

But when it comes time to provide the sample, the problems start. You see, the Pissinator uses a squeeze/release mechanism to discharge the contents of the bag into the sample cup. But it doesn’t always work the way it’s supposed to.

Sometimes it’s smooth as silk. But other times we found it to be temperamental, to the point that it might very well start raising suspicions. And that’s the last thing you want when your job is on the line.

Now you might be lucky and sail through the process. Then again, you might not. And for us, that’s just not good enough.

How Much Does The Pissinator Cost? 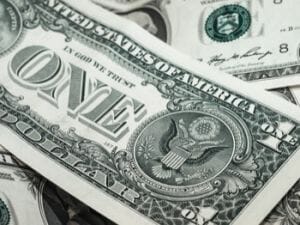 A lot of time and energy goes into developing a product like this, so it’s no surprise that it costs $99.95. That’s about standard for a fake penis delivery device.

If the thing worked 99% of the time, like the Monkey Dong, we’d say it’s worth every penny. But our experience was that it doesn’t.

There’s enough uncertainty involved to make us question whether this is actually a wise purchase, or if there’s something better on the market.

Where Can I Buy The Pissinator?

If you’re the type that likes to make up their own mind about things, then more power to you. You can pick up the Pissinator from their website here.

You can also purchase it from a number of slightly dodgy sites that we wouldn’t touch with a gloved hand. But it’s up to you.

If it were our career on the line, we’d leave the uncertainty to others and opt for the proven Monkey Dong/Monkey Whizz combo. It’s the same price, but it has a virtually spotless record when used as directed.

There is no debate that the Pissinator has helped a lot of people over the years.

There’s also no debating the fact that it’s not the most reliable delivery system on the market. That honor still goes to the Monkey Dong.

So when faced with the prospect of recommending or not recommending the Pissinator we’d only recommend it if you had no other options.

Otherwise, we’d recommend taking your $99.95 and spending it instead on the more dependable Monkey Dong from Serious Monkey Bizzness.