The terms drug screening and testing are often used interchangeably but mean different things. If you’re choosing one option for your organization—or if you have to take a drug test, you need to make sure you understand the differences between the two. We’ll walk you through everything you should know so that you can better assess which one to choose or how to prepare.

The difference between a drug screen and a drug test comes down to speed and accuracy[1]. Drug screens are quick and cheap but may give an inaccurate result. Drug tests are more reliable, safe, and accurate—but they also take longer and are pricier.

Whether you’re a marijuana enthusiast or someone responsible for arranging drug testings, you need to know why and how they’re used. Here are five main purposes of drug screenings and testings:

Doctors may demand a drug test to better understand your health problems. Emergency room doctors do this if a patient is acting confused or deranged. They may order a drug screen to determine if you’ve used anything and better establish how to treat you.

Many employers decide to get their employees tested either during the pre-employment period or at some point during their job contract. This helps them assess the health, abilities, and overall personality of an employee.

You can’t interpret your employees’ results yourself. This needs to be done by a Medical Review Officer (MRO) after the lab results come back. He’ll be able to give you an expert explanation of individual results and insights into your employees’ overall health.

If you want to use drug tests for your business, make sure you have a drug testing policy in place that all your employees are aware of and agree to. If you don’t, drug testing your employees is illegal. It’s best to reveal this policy during the pre-employment period.

Sports organizations can order drug screenings to check for illegal drug use, but they’re usually looking for evidence of performance-enhancing drugs. These can be both illegal and prescription drugs.

Rehab centers and clinics may use drug testing if they suspect their proteges will test positive. They may also conduct tests on a regular basis to ensure there’s no drug use going on and that their proteges are staying on the right track. 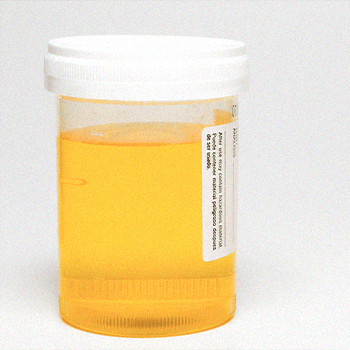 There are several different types of drug testing and screening, so you can choose the one that is most convenient. We won’t mention the blood tests here because they’re not commonly used.

Most tests can detect the use of various drugs, such as:

For a urine test, candidates will have to provide a urine sample under one of the following conditions:

A urine test is one of the more reliable and accurate drug tests and has lower chances of producing false positives.

After urine, hair tests are the most common type of testing or screening for drugs. If you have little or no hair on your head, the collector may get it from other body parts[2]. The hair is then placed in a foil and sent to the lab.

A saliva test is the least invasive type of drug test. The collector swabs the inside of the candidate’s cheek using a sponge or an absorbent pad. The sample is then sent to the lab or examined on-site.

In some cases, a drug test may report the presence of illicit drugs, although none were taken. (..) Lab errors account for some of the mistakes, but most false positives may be attributed to over-the-counter drugs and foods that can affect the test.

What does a drug screen include?

A drug screen includes testing your bodily fluids or hair for drug use. In most cases, a screen tests marijuana consumption, but can also be used for other illegal drugs.

How is a drug screen performed?

A drug screen is performed in the following way:

How long does a drug screen take?

A drug screen itself takes only a few minutes, while results usually come back in 24 to 48 hours.

What is the most common drug test for employment?

The most common drug test for employment is a urine drug test.

Can you fail a drug test with a prescription?

Yes. This is even more likely in the case of drug screens because they often produce false positives.

Conclusion: Which One Is Better?

In general, drug testing is better than drug screening. Drug screens are more likely to produce a false-positive result. You won’t know for certain if a candidate is actually using drugs. Many employers, however, opt for drug screens because they’re cheaper and quicker.

If you’re getting tested, don’t use drugs for a few weeks before your testing. Even then, there’s a high chance that the tests will detect the presence of drugs in your system. For more information on how to rid your body of drugs, read our article on jello and water.