Skip to content
Home » Drug Testing » Should You Worry About Testing Positive For Molly?
CONTENTS

Should You Worry About Testing Positive For Molly? 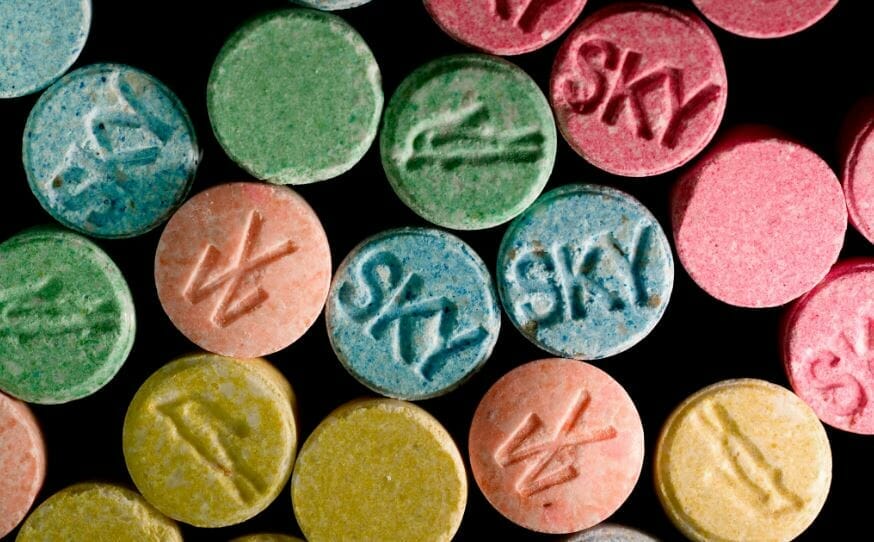 MDMA (methylenedioxymethamphetamine) is a powerful drug whose psychoactive effects include increased energy and a sense of euphoria. It can also make the skin more sensitive to the touch. All of these things make it a popular choice among ravers and other party animals in general. Because of its popularity with young people, the drug has acquired a dizzying assortment of nicknames starting with “molly” and including:

Where Did Molly Come From? 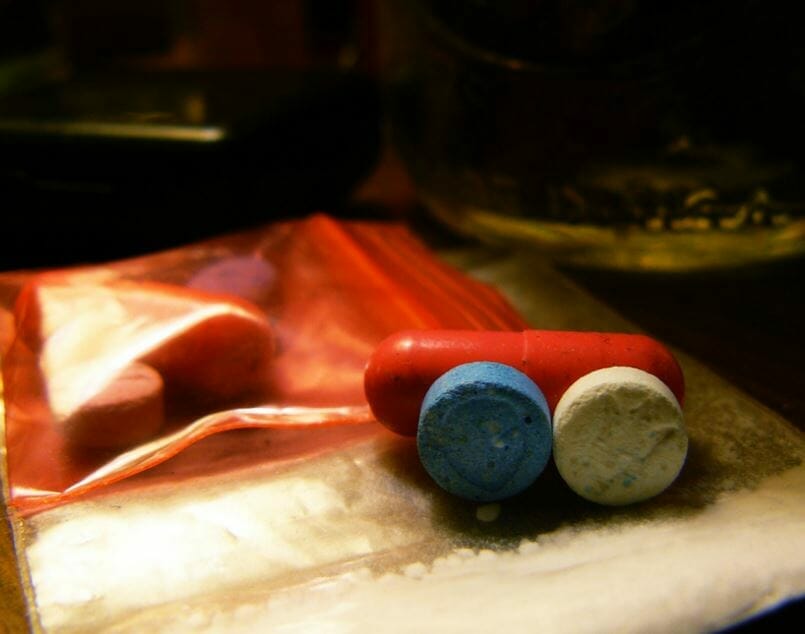 MDMA was first developed in Germany in 1912 and was intended for use synthesizing other medications. For decades no one paid much attention to it until the period of the late 70s and early 80s when it began to garner attention from the psychiatric community as a way to enhance doctor-patient communications. Though the drug had not gained FDA approval, psychiatrists believed it allowed people to gain deeper, more productive insight into their behavior and this enhanced the overall effectiveness of therapy. As word spread about the therapeutic use of MDMA, it began to filter out onto the street and slowly gained a reputation as a club drug. By the mid-80s the popularity of the drug had spread so far that the Drug Enforcement Agency (DEA) declared a total ban on MDMA and placed it in their Schedule I list of drugs. Schedule I drugs are those with little or no medical use that are being widely abused for non-medical purposes.

What is Molly Used For? 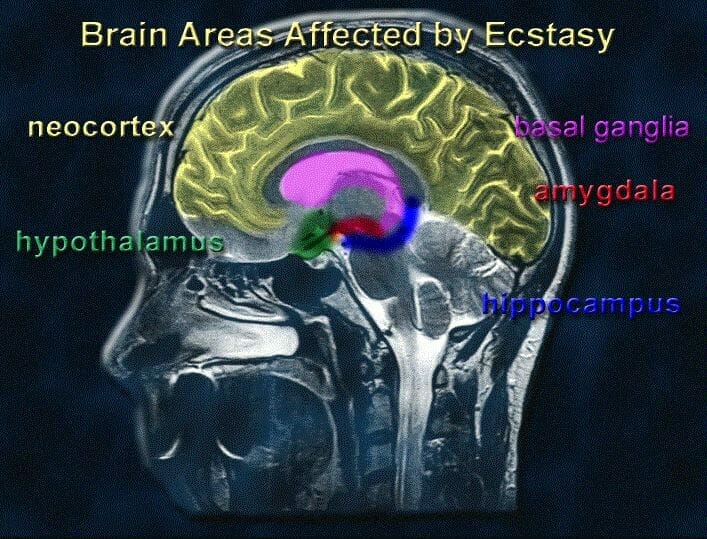 The DEA has determined Molly has virtually no medical value and exists today almost exclusively as a recreational drug that is widely abused by people as young as 14. Studies have concluded the drug is being used by as many as 6% of all high school students in the US and the number for young adults is even higher. Because MDMA is primarily linked to “feel good” club stories, its adverse side effects are often overlooked. These can include panic attacks, hypertension, faintness, passing out, and seizures. Other reported side effects include clenched jaw, loss of appetite, confusion, nausea, hot flashes, uncontrolled sweating, and sore muscles.

But side effects aside, the vast popularity of Molly means that on any given day there are quite a few people showing up for work with MDMA in their system, and many of them are subjected to random drug testing as a condition of their employment. 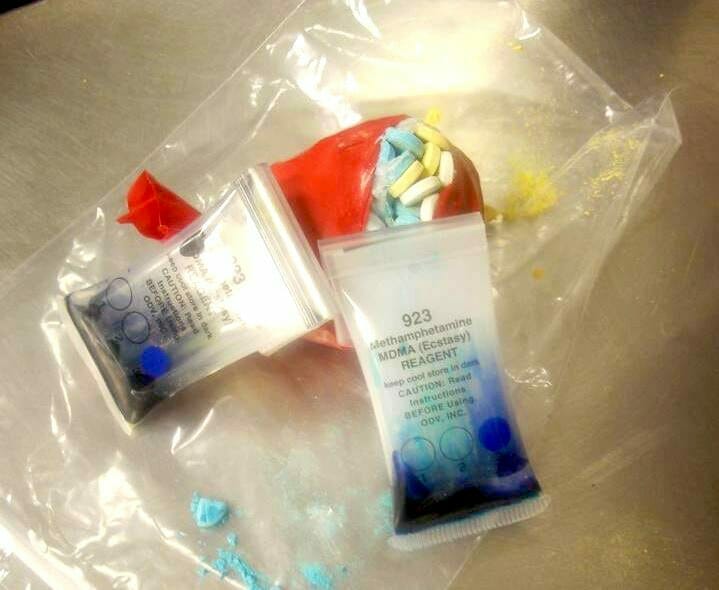 The typical 5-panel UA won’t screen for MDMA. However, more comprehensive 12-panel and even some 10-panel screenings will. Employers look for the presence of MDMA because of the potential impact the drug may have on employee health and productivity. But workplaces are not the only ones screening for MDMA these days. A growing number of high schools are checking their students for Molly in the hope of getting a handle on the problem and discouraging students who have never used it from starting.

How Long will MDMA Stay in Your System?

MDMA has a half-life of around 9 hours. That means that your system should be clear of it for all intents and purposes after about three days. Keep in mind however that in chronic abusers the drug may show up five or even 10 days after that last time they used it. Basically, if you hit the club on Friday or Saturday night, partake of some Molly and you get hit with a random drug test on Monday morning, you’re likely to fail that screening unless you have devised some sort of workaround.

Is There any Way to Get it Out of Your System Faster? 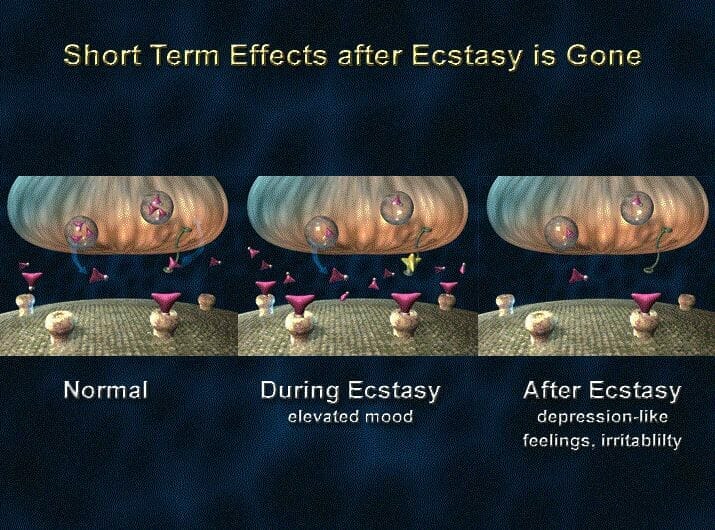 There are plenty of websites that will try and sell you things that will eliminate Molly from your system almost instantaneously. The cold hard truth, however, is that these websites are preying on people desperate to find some way to avoid losing their job because they made one bad decision at the club.

Perhaps the only thing that might help to some minor extent is if you drink a ton of water. As Molly is water-soluble, this may help dilute it faster. May. And that’s about it as far as miracle cures go. There is, however, one other way you can potentially produce a nice clean drug test, and that is taking detox drinks.

The Only Real Solution…

Keep in mind that the only surefire way to avoid failing a drug test for MDMA is to not take it in the first place. This is always the best course of action both for your health and your career. That said, more and more people these days are turning to synthetic urine to pass UA’s and for a good reason. But that is only if you can manage to prepare a sample of high-quality synthetic urine in place of a real sample knowing that it takes longer prep time and heating it up to a temperature that won’t draw suspicion is quite a challenge.

That’s why the trend now is that people are switching to detox drinks instead. They find it more convenient since they just have to drink it at least 5 hours prior to the drug test (depending on how heavy they use Molly) and walk into the testing center and submit their natural pee. But you need to be careful to:

What I Really Think About Molly

Losing your job over Molly is just not worth it. The best thing to do is simply never use the drug to begin with. If it’s already too late and it’s in your system, however, detox drinks, such as Rescue Cleanse, are likely your best chance to avoid testing positive.

Detox drinks, just like water, help in diluting the amount of Molly in your system and simultaneously getting rid of them through your urine. You just have to make sure to follow the indicated instructions so you’ll have a higher chance of passing your urine drug test.