Skip to content
Home » Drug Testing » How Long Does LSD or Mushroom Stay in Your System?
CONTENTS

How Long Does LSD or Mushroom Stay in Your System? 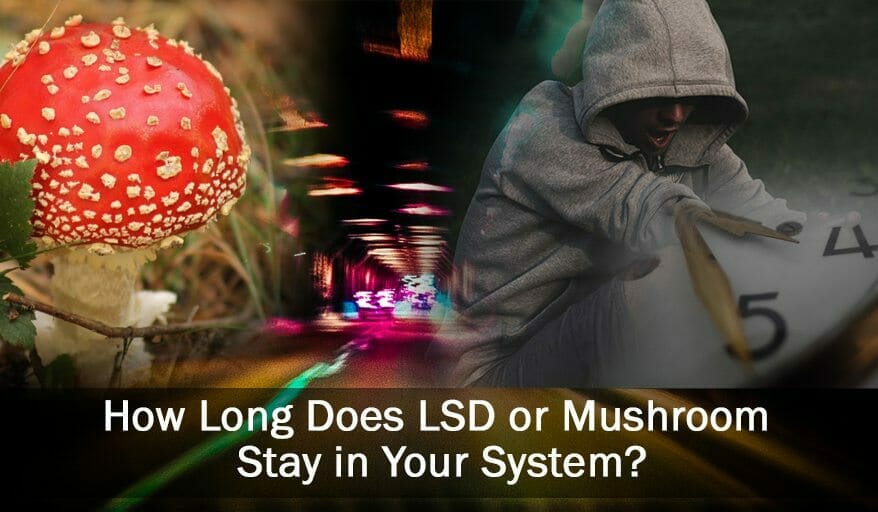 Back in the 1960s, the Beatles were accused of singing the praises of lysergic acid diethylamide (LSD) in their hit song “Lucy in the Sky with Diamonds.” The Fab Four publicly rejected the notion, but the rumors persisted for years due to the songs’ hallucinogenic lyrics. Whether or not John Lennon was singing the praises of LSD, the drug was at the time and remains to this day one of the most popular hallucinogens on earth. 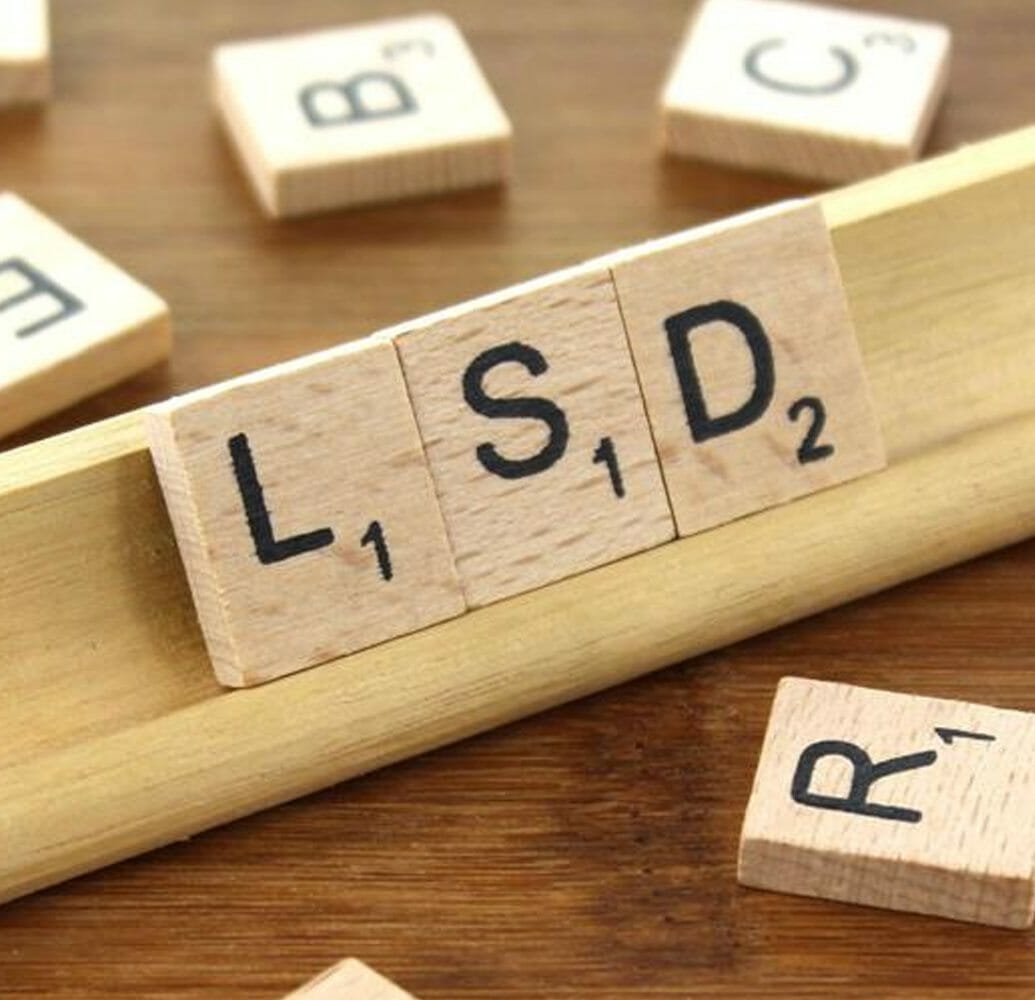 LSD or “acid” as it’s known on the street, was synthesized for the first time in 1938 from a fungus named ergot that typically grows on grains such as rye. It is manufactured in crystalline form then often diluted, with the resulting liquid being dropped onto tiny squares of absorbent paper that are then sold as “blotter acid.” But “blotter” isn’t the only form of acid. Sometimes acid is sold as tiny tablets known as “microdots.” Other times it may be dropped onto squares of gelatin users call “windowpanes” or it may be dropped onto sugar cubes which the users then eat.

LSD produces unpredictable effects that often vary from user to user. It typically takes anywhere from 30 to 90 minutes for the effects to take hold and they range from vivid hallucinations to mood changes to delusions of grandeur to rapidly swinging from happiness to despair and back again. Some users report no effects at all, although that is rare. Users typically have dilated pupils and may experience elevated heart rate, nausea, dry mouth, and other effects. 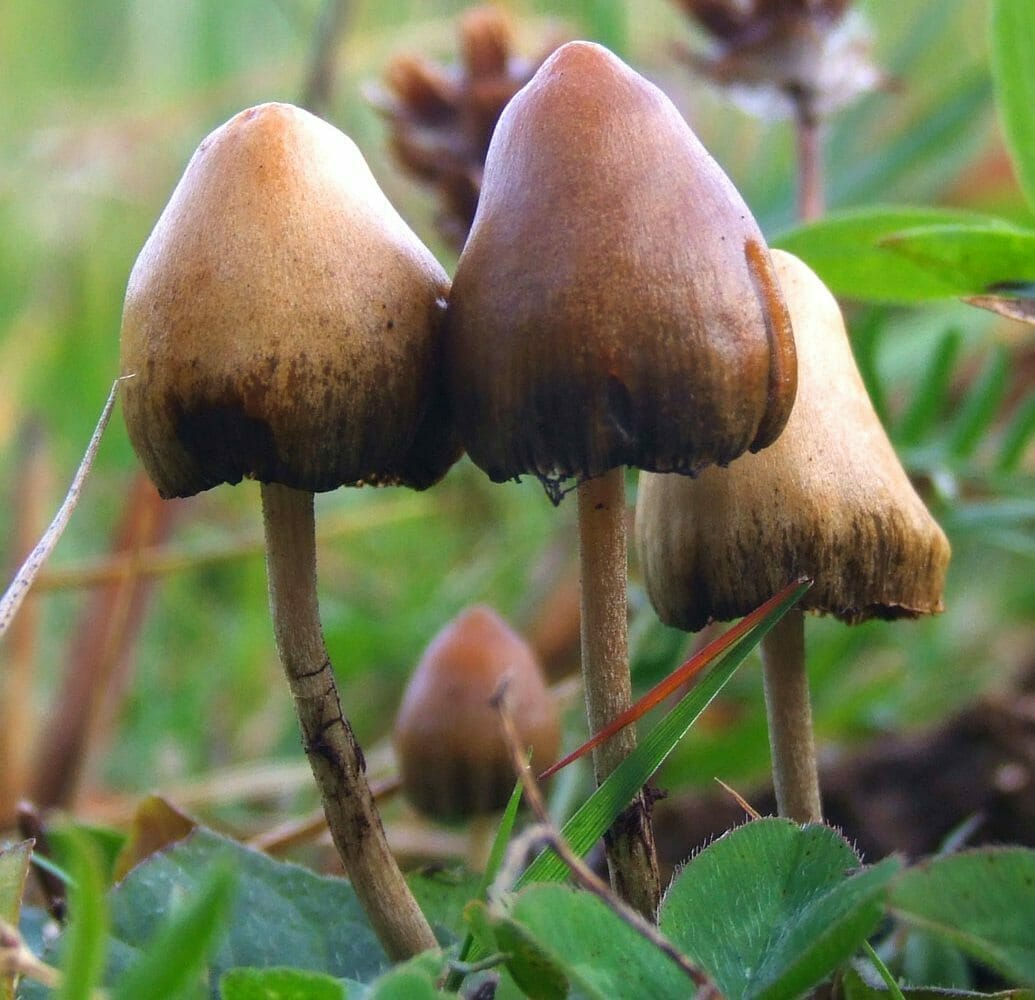 Mushrooms that contain the hallucinogen psilocybin are often referred to as “magic mushrooms” or simply “shrooms.” There are several species of mushroom that are known to contain this substance, and when they are ingested they can produce LSD like effects wherein color and light perceptions may change and moving objects may seem to leave comet-like trails. Effects can last up to eight hours. The mushrooms themselves have a bitter taste, and so users will often coat them in chocolate, mix them with other foods or brew them in tea to mask the unpleasant taste.

How Long do LSD and Mushrooms Stay in the System? 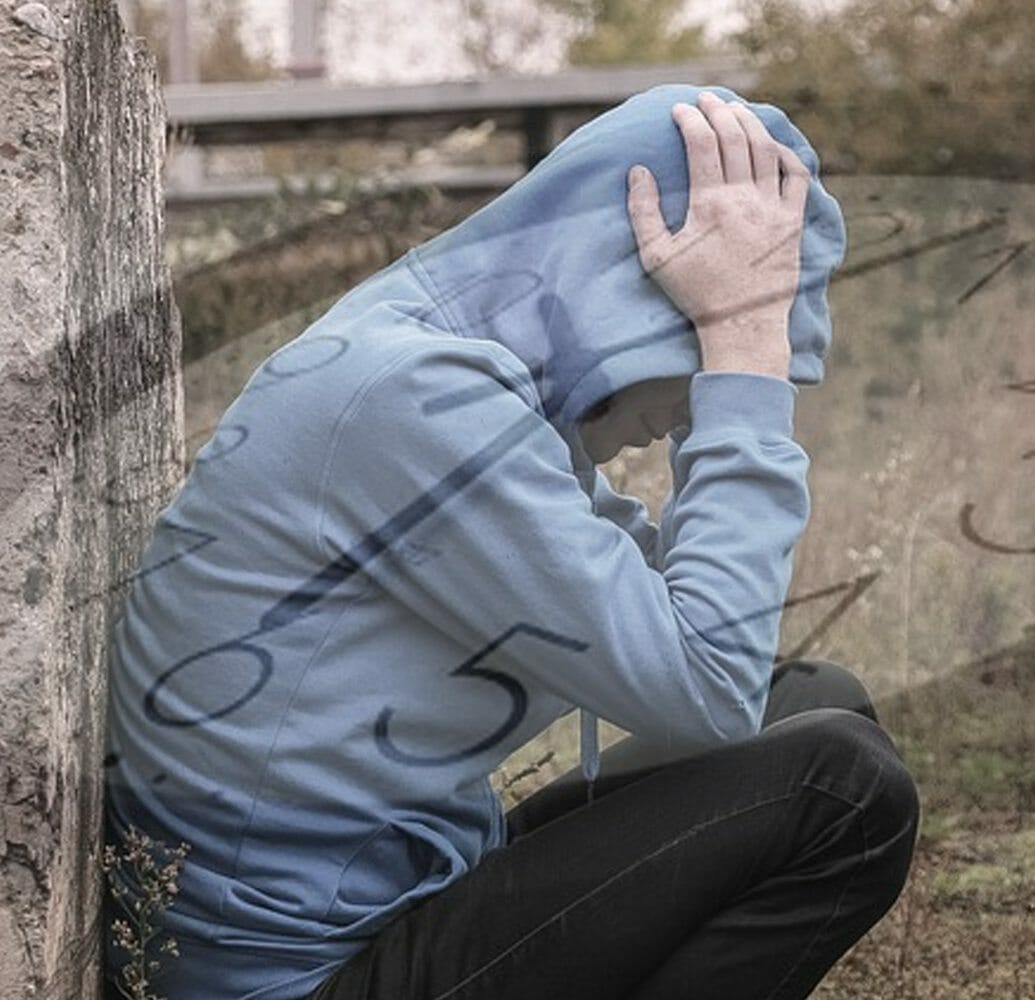 At one time there was a popular myth circulating that once you ingested LSD, trace amounts would remain in your spinal cord for the rest of your life. Fortunately, this was proven to be untrue. In fact, LSD has a very short half-life, and in most cases, the body will have eliminated it in under 30 hours. Sometimes as fast as 15 or 16 hours. There have been cases where the drug has remained in the systems of some people for as long as three days.

As for mushrooms, they too typically leave the system quickly. Usually 1 – 3 days after use. However, it’s not unheard of for it to actually take up to five days for the metabolites in mushrooms to completely leave the body.

Do Companies Test for LSD and Mushrooms?

In most cases, companies will not drug screen for mushrooms but may test for LSD. However, since LSD doses are typically minute, it can be extremely difficult to detect. In fact, standard urine-based drug tests don’t screen for either substance because they’re just not sensitive enough. But there are more sophisticated types of urinalyses that can detect LSD in particular. These tests are known as “Abuscreen” and “EMIT.” In most cases, an employer must have very specific indications that the worker is using LSD to compel them to undergo one of these tests.

How Do You Protect Yourself from Being Tested? 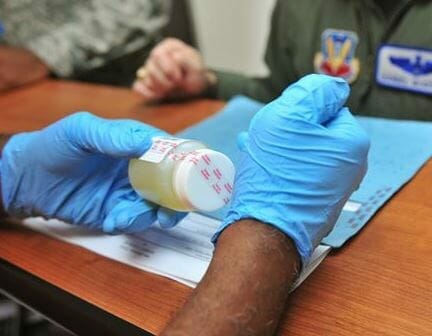 Because both LSD and mushrooms are eliminated by the body fairly rapidly if several days pass between the time you ingested either substance and the time the drug test is administered, you should have little to worry about even if they are using one of the more sophisticated screenings noted above. However, if you took LSD for whatever reason over the weekend and you are subjected to one of those more thorough urine tests on Monday, you run the very real chance of detection. So what can a person do to defend themselves against these types of intrusive random tests? In most cases, your best bet is synthetic urine.

Detox drinks, as the name implies, were developed as a method for cleansing your system by removing its unnecessary toxins, and because of this, it has become a popular and most reliable method for passing random drug tests. Detox drinks are available in many head shops as well as online, but the brands that you’ll find in most head shops will be of poor quality. Some might even be expired because usually, these local shops buy them in bulk and store them.

The ideal way to buy these products is through the internet and from the manufacturer’s official website. Our favorite brand right now is Clear Choice Rescue Cleanse, for a very good reason. It is well-received by its users and has gained positive feedback about how this product has helped them avoid the risk of a failed drug test.

Even if the sampling stage of the drug screening is monitored, you do not need to worry about using devices or submitting a fake pee. Rather, you just have to consume your detox drink according to the instructions, present yourself, submit your urine, and be confident that you’re going to pass the test.

Only a few detox drink brands like Clear Choice Rescue Cleanse have a good record when it comes to helping people pass random drug tests and one that doesn’t cost an arm and a leg. You may want to seriously consider having some in hand for those occasions where your employer decides to spring a random drug test on you.