Got a saliva drug test looming in the distance? Maybe you’ve applied for a job recently, and the only way you’re getting said job is if you pass their drug test.

So, would you know how to pass a saliva drug test when faced with one? That knowledge alone could save you in quite a few situations!

What is A Saliva Drug Test? 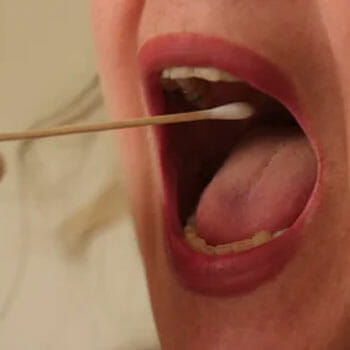 Saliva tests, also known as mouth swab drug tests or oral fluid tests, are becoming far more common due to the ease of testing. During a saliva drug test, a cotton swab is rubbed on the inside of your cheek to screen for drugs. Then, the swabs are sent over to a lab for processing.

When screening for drugs via this method, they are actually searching for metabolites of drugs – the chemicals that get left behind after you come down from your high.

It’s also preferred due to these few things:

For people who smoke or eat a few weed brownies here and there, a saliva test is what you’d be hoping for. It’s pretty easy to pass compared to other testing processes. [1]

How do Saliva Drug Tests Work?

Mouth swab drug tests look out for activated THC (delta-9 THC.) This is the compound found in drugs that enables you to reach that high. THC sticks around in your mouth after smoking, taking a tab, or enjoying a weed brownie – even after you’ve come down to earth.

So, that’s good news for people getting tested. It means mouth swab tests have no way of testing for drugs previously consumed, only for the ones that are lingering around in your saliva. They’re only useful for checking recent drug use and not that joint you smoked a week ago.

How Long Do Drugs Stay In Saliva? 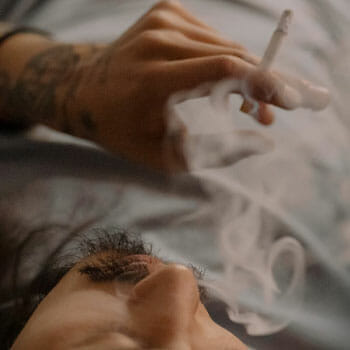 Different types of drugs linger in the mouth for different amounts of time. It also depends on how often you take drugs. For example, if you smoke weed every once in a blue moon, THC will stay in your saliva and system far less long than people who smoke every day. [2]

Here are the general guidelines for how long drugs can be detected in spit:

Every employer will be different, but there’s typically a set pattern for mouth swab tests.

Here’s when you might be required to take one:

How To Pass A Saliva Drug Test Using Home Remedies

Of course, the best way to pass a drug test of any kind is to stop using drugs. But, if you’ve had a bit of a wild weekend and ate a few weed brownies, a random drug screening test might not be an ideal thing.

Thankfully, THC and other drugs aren’t present in the saliva for very long. They only typically hang around in your saliva for a couple of days. Still, you might want to speed up that process if a saliva drug test is looming.

Here are a few things you can do:

For the sake of your mouth, I hope you’re already doing this twice a day! What is also good for your teeth is good for getting rid of drug residue. Up that brushing to at least 4 or 5 times a day. Also, pay close attention to your tongue, gums, and cheeks.

Drink lots of water to get that saliva flowing. Swishing water around your mouth will also help wash everything away. You can also use mouthwash, just make sure it doesn’t contain any alcohol since they may be checking for alcohol consumption too.

Get your hands on the fattiest foods you can find—greasy burgers, oily chicken, fries, pizza… any and all of it. Fatty foods boost the THC absorption rate, transforming it into THC-COOH. So, eating a slice of your favorite pizza will help get rid of some of that THC lingering in your mouth.

Do keep in mind that doing this will get you off the hook for mouth swab tests, but it will increase THC’s amount in your fat cells.

Q. Can I refuse A Saliva Drug Test?

A. Legally, yes. You’re not required to submit an oral drug test. That being said, the employer can make life at work difficult for you if you do refuse. During pre-employment, they can refuse to hire you, and they can also legally suspend or terminate a current employee.

Q. What happens when you fail a saliva drug test?

A. In certain places in the United States, employees have legal right to contest test results, retake the test, explain the result they have received, or even demand an alternative drug testing method.

So, How Can I Pass A Saliva Drug Test?

Generally, saliva drug tests are the easiest to pass. If you haven’t taken any drugs in the past week, chances are there won’t be any drug residue lingering in your mouth.

Avoiding drugs for a few days is strongly advised, but if it’s too late to do so, drinking plenty of water and brushing your teeth often will help flush the THC and other chemicals out of your mouth.