Marijuana comes from cannabis sativa, or as it’s also known — the hemp plant. It has 483 compounds, which includes over 86 naturally produced cannabinoids, plus those that are synthesized chemically.

Cannabis plants are used for various reasons — medicinal purposes to fight pain, relieve depression and insomnia, and for psychoactive properties the plant has.

The marijuana plant has two types of ingredients: cannabinoids and terpenes.

Let’s dig deeper into both types of ingredients and everything you should know about them.

Here’s the complete list of all cannabis active ingredients. Let’s dive into cannabinoids, and then move onto terpenes. 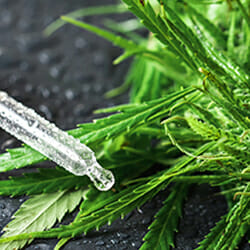 The cannabis plant has certain active ingredients called cannabinoids. These are chemical compounds that naturally occur in marijuana and can have intoxicating effects and therapeutic properties.

Cannabinoids can have a high concentration of THC, which is a psychoactive compound in cannabis [1]. There’s also CBN, which occurs during the marijuana chemical breakdown, and unlike THC, it has medicinal qualities.

When breeding marijuana, an experienced cannabis plant grower can increase or decrease certain cannabinoids, depending on the marijuana’s effects they want to achieve.

Here’re all the cannabinoids you should know about. 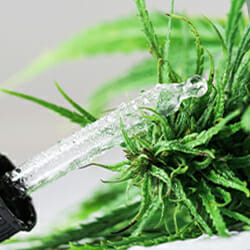 THC is the marijuana ingredient that’s most commonly used to measure the herb’s potency.

It’s most commonly known for the noticeable psychoactive effects it causes when smoking cannabis, but it also has anti-inflammatory properties. It’s used to battle:

Seedless buds called sinsemilla have a 10-20% higher THC concentration. This is found in hashish, tonics, and extracts.

Oral doses of THC can go from 2.5 to 20 mg. For comparison purposes, an average joint of 0.5g will have 25gm of THC. But, because combustion destroys THC, more than half of this is lost in the cannabis smoke. About 15-50% gets into the bloodstream, which means the inhaled dose is between 3-12mg of marijuana.

THCA doesn’t affect brain cells in the way THC does because it’s inactive, meaning there aren’t any psychoactive effects.

Evidence suggests that THCA occurs in its natural, active form in marijuana. It converts to THC acid when you burn a joint, use marijuana in cooking, or heat your vaporizer. This is called decarboxylation — the process in which THCA converts into THC through heat application [2].

While THCA doesn’t have psychoactive properties, its consumption has numerous benefits. 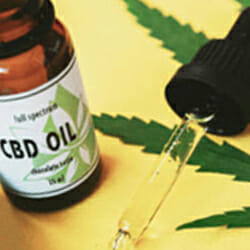 No marijuana active ingredients list can be complete without CBD.

As opposed to THC, CBD doesn’t have psychoactive properties, but it can change how THC will affect you.

One study on mice found that CBD led to three times more THC in their brains [3]. This shows that CBD can also increase the effectiveness of other drugs.

CBD became very popular in recent years because it is the main component of medical marijuana.

CBD heavy cannabis strains are found in medical marijuana and can help with:

Research suggests that CBD helps treat stroke consequences, cancers, diabetes, and even alcoholism. Further research on the medicinal effects of CBD is planned, especially its effectiveness in treating psychotic disorders.

Note: While CBD occurs naturally in high concentrations in male hemp plants, most marijuana sold has low CBD levels. This is because growers tend to selectively breed it out, as they want to achieve higher levels of THC, which means higher mind-altering effects.

Unfortunately, this also means cannabis products with high levels of THC can have adverse effects on the consumer, such as acute and chronic psychotic side effects [4]. 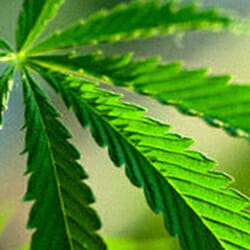 Cannabinol is the third most common cannabinoid found in cannabis. It’s formed as degradation of THC, as THC chemically breaks down when the actual plant is exposed to oxygen or heat.

Most commonly, CBD forms if cannabis hasn’t been properly stored for a long time. This can lead to:

CBD doesn’t have the strong psychoactive and medicinal properties that higher concentrations of THC have, and it makes up less than 1% of cannabis.

Normally, CBD is a cannabis ingredient that consumers should avoid. 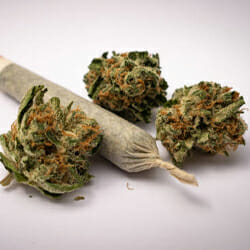 Terpenes are aromatic chemicals found in odoriferous plants, such as pine trees and citrus flora. It’s believed there are over 100 terpenoids and that they determine the flavor and marijuana smoke smell.

“There are really pronounced differences across thousands of strains. Some smell very sweet, like oranges or grape Kool-Aid. Some people like the stinkiest cannabis they can find. It can smell like skunk, diesel fuel (Bio-Diesel) or a dirty diaper (Sour Diesel). Gumbo is a delicious, sweet and spicy indica strain with beautiful floral hints, but also strong and pungent.” –  Ean Seeb, co-owner of the Denver Relief Medical Marijuana Dispensary

Apart from determining cannabis flavor and aroma, some researchers believe that terpenes have medicinal properties and therapeutic effects, such as blood pressure regulation.

Here’re some of the most important terpenes that have been identified so far. 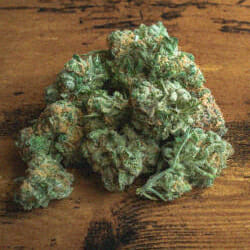 Pinene is the most commonly found terpene in the natural world. It’s found in basil, rosemary, pine trees, sage, eucalyptus, and more.

It has a pine-like scent and flavor.

Here’re the most important pinene benefits [5]:

Note: How many terpenes sativa strains will have depends on environmental factors. However, it’s unlikely that pinene will be the most abundant terpene in a marijuana strain. 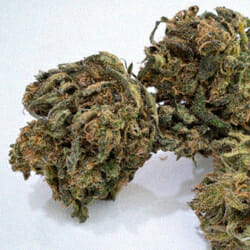 Linalool is another terpene that has a strong floral scent, resembling lavender. Apart from lavender, it’s also found in birch bark.

This terpene can be found in cannabis products that make you feel sleepy and relaxed, as it has a severe sedative effect.

People who suffer from chronic pain can alleviate it with cannabis use that’s rich in linalool.

Here’s what linalool can do:

One study was done on obese patients who had gastric banding surgery and were exposed to linalool-rich lavender oil. Only 46% of patients needed opioid medication post-operation, compared to 82% of the control group [6].

Also, patients in the lavender group had less need for morphine use.

Most importantly, some studies have recently found that linalool can help with Alzheimer’s disease by reversing behavioral and cognitive impairments [7]. 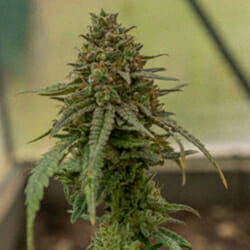 You probably already guessed what this terpene smells and tastes like — yes, it’s lemons.

Apart from marijuana, it’s found in cosmetics, fruit rinds, even cleaning products you use in your home.

The main benefits that limonene has are:

Limonene is currently studied for antitumor effects, and the results are looking promising.

Limonene is found in trace amounts, which is usually less than 2%.

To make sure your marijuana is limonene abundant, make sure to buy lab-tested products. 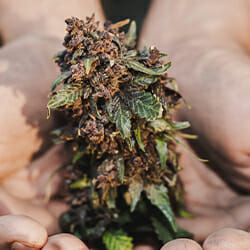 Another terpene active ingredient is terpineol. Its most common form is alpha-terpineol (a-terpineol).

Terpineol can be found in more than 150 plants, including marijuana, lilacs, orange blossoms, pine trees, and eucalyptus.

Terpineol can be found in cannabis strains together with pinene. Because pinene has a potent aroma, it can be difficult to detect terpineol in instances when both of these terpenes occur at the same time.

If you have problems sleeping, this could be the best terpene for you, as it can help you relax and fall asleep.

Apart from being used in marijuana, it’s also found in teas and lotions. 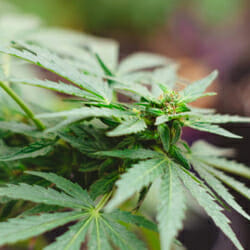 Calling all beer lovers — this one’s for you. This terpene is also found in hops, and it gives beer that peppery, spicy fragrance.

In nature, it’s found in lemongrass, thyme, and mango.

This is the most common terpene found in commercial cannabis. Its benefits are in line with other terpenes, such as: 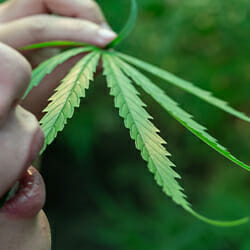 Unlike other terpenes, found in calming and relaxing plants, caryophyllene is a spicy, woody terpene.

It’s found in edible plants, such as black pepper, oregano, cinnamon, and cloves.

Note: This is the only terpene that also acts as a cannabinoid — it activates the endocannabinoid system and has anti-inflammatory properties.

Do you suffer from nausea when consuming marijuana? If that’s the case, look for cannabis with a high amount of this terpene, as it has anti-nausea effects because it slows down the production of gastric acids.

We’ve come to the end of the list of marijuana active ingredients.

We’ve talked about cannabinoids and terpenes, their benefits, and how they can affect you.

Yes, marijuana can have side effects, but it also offers numerous benefits, and now you know how active ingredients of marijuana affect you. Research is still being conducted to identify all marijuana ingredients and their properties.

Always make sure your cannabis comes from high-quality seeds and consume it responsibly.