Do Companies Test For Nicotine in Random Urinalyses? 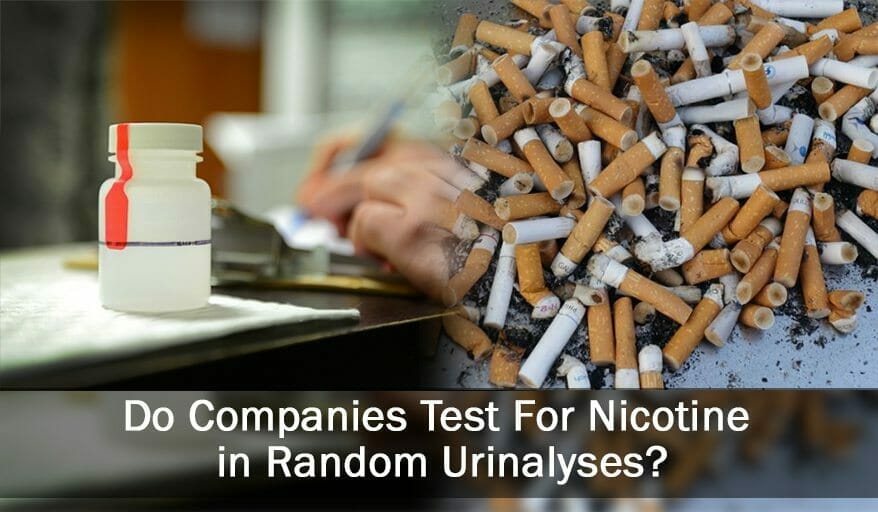 A generation ago the notion that a company could test an employee for nicotine and then fire that worker if the test came back positive would have been laughed at. After all, everybody smoked. Or so it seemed at least. Heck, airplane armrests had ashtrays! Today, however, smoking is no longer socially acceptable. In most places, it is banned completely. In other places like malls, smokers are confined to tiny smoking rooms. In an effort to create smoke-free environments and cut their employee health care costs. Some employers have even instituted random testing of employees looking for nicotine. If found, smokers are typically given a choice of quitting or working elsewhere. Not all states permit this type of employer activity, but enough do that it’s become an issue.

About the Nicotine Substance… 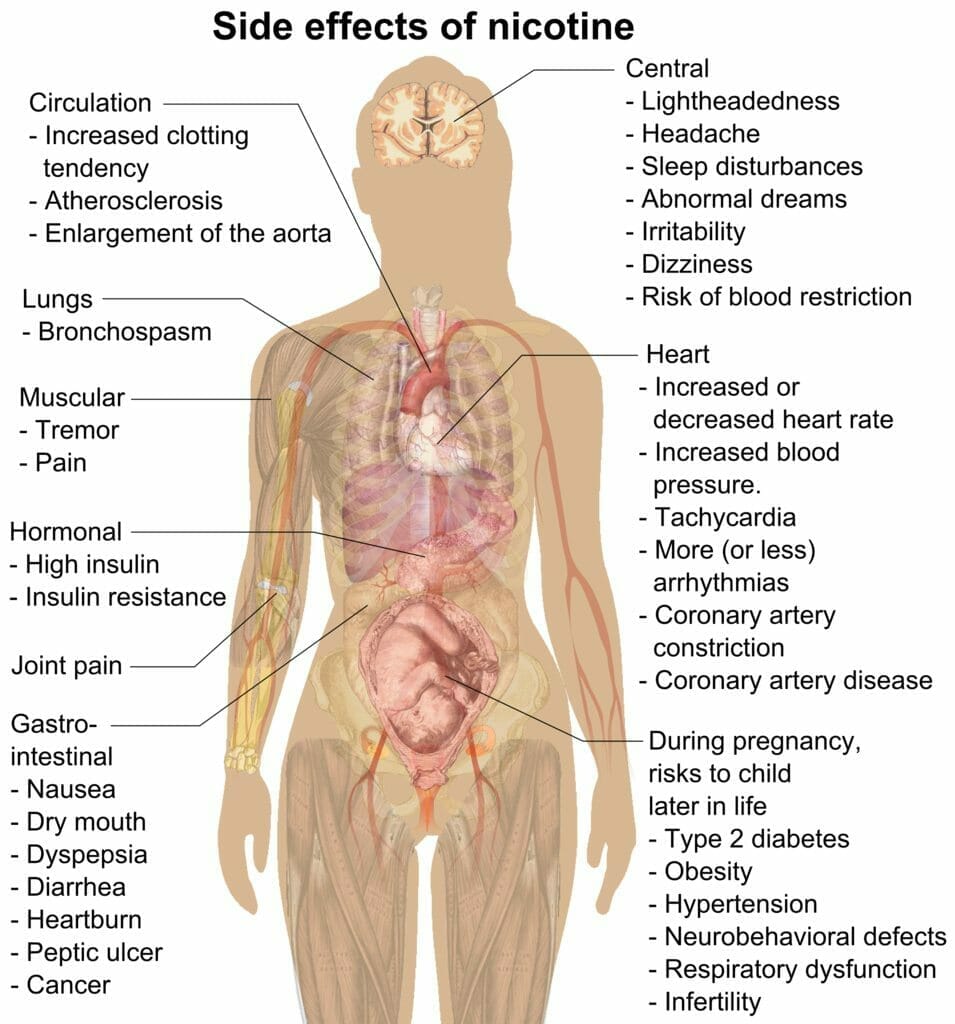 When a person smokes cigars or cigarettes, nicotine is absorbed through the lining of the lungs and eventually finds its way to the brain where it interacts with cholinergic receptors that help maintain respiratory and heart functions as well as memory, muscle control, and more. Eventually, these receptors are altered by their contact with the substance. The receptors (and by extension, the smokers) then become dependent, and a lack of nicotine can result in sometimes nasty withdrawal symptoms.

Once a dependency is created the smoker is compelled to use nicotine on a regular basis just to feel normal and avoid the above-mentioned withdrawal symptoms. Those symptoms may include headaches, insomnia, cravings for different foods, irritability, depression, anxiety, and more. In most cases, withdrawal symptoms are worst in the three to five days immediately following quitting and it’s during this period most wannabe quitters relent and start smoking again. Those who can get through this phase have a good chance at quitting for good. Due to the highly addictive nature of nicotine and the intensity of the withdrawal symptoms smoking is considered one of the hardest addictions to overcome.

Can I Really be Fired for Smoking? 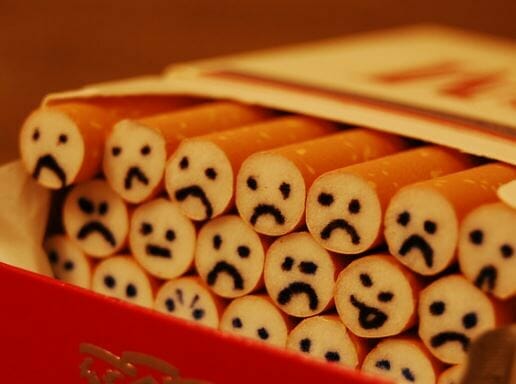 In some states, laws are in place to protect people from being fired from their job for lawful activities that they engage in on their own time (like smoking). And this is true even if a company has a strict no smoking policy. However, in other states smokers have little or no legal protection and as such are vulnerable to be let go if their smoking habit is revealed. So, it’s important smokers in these states have a way to avoid this fate if at all possible.

If your employer tests for nicotine they’ll typically do so using a urinalysis. The urinalysis doesn’t actually look for it; it looks for something called cotinine. Cotinine is only created when a person’s body has been processing nicotine. If it’s present, they know you’ve been smoking. Cotinine is more stable than nicotine and is, therefore, easier to detect. It typically lasts for two to four days in your system but can last as long as 10 days depending on things like weight and age. Because of this, people who smoke are at risk of having their lawful, off-duty habits revealed by a urine test and possibly losing their jobs.

In some cases, people have quit smoking and been using nicotine gum to quench cigarette cravings. The chemical from the gum then winds up creating cotinine; the person is checked and informed they are in violation of the company’s no smoking policy. Proving the nicotine came from gum and not cigarettes is nearly impossible to do, so it could wind up being a messy situation even though you have tried to do the right thing and quit.

Related Article: How To Pass a Nicotine Test?

What are your Options? 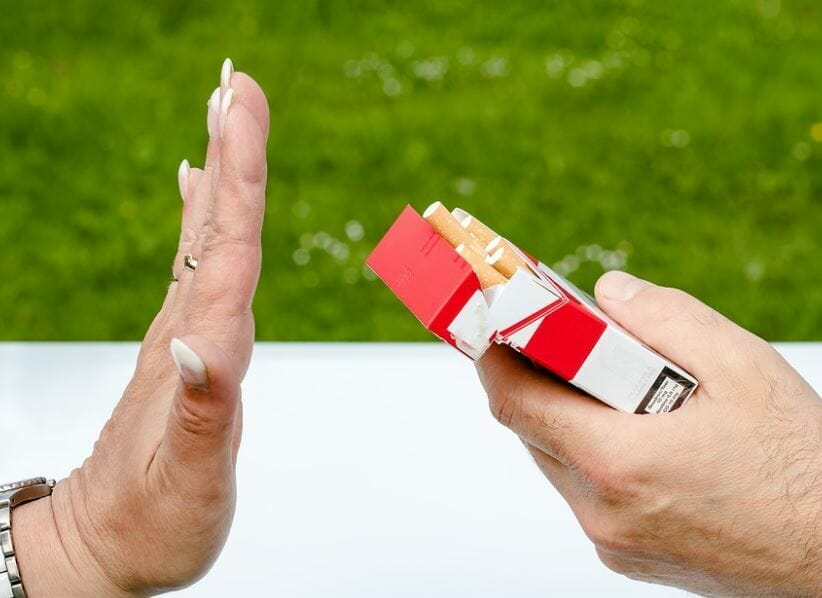 The first best and most obvious option both for your career and your health is to quit smoking. Doing so will mean you never have to worry about failing another drug test based on nicotine. You’ll also save money, look and feel better, and likely live longer. However, even if you want to quit, it usually takes several attempts before a person is finally able to leave the cigarettes behind. So, what can you do in the meantime? Well, you could try and smuggle in someone else’s pee to submit for the drug test. Or you could simply admit to your employer that you smoke. But this may put you in conflict with statements you made when you applied for the job and lying on an application is a fireable offense in most cases. Another widely used and typically successful strategy is to obtain synthetic urine and submit that for your urinalysis.

What’s This Thing and How Does it Work?

Synthetic urine was created to help engineers and scientist test and calibrate the drug checking machines they develop. Think about it: without a large supply of synthetic urine, they’d need to be peeing into cups all day to check the machines they made. The same machines they test you with. Once synthetic urine became a workable reality, outside labs began to manufacture and market it to people like yourself who need to pass random drug tests. The success rate of fake pee is impressive with most failures occurring because people used older versions of fake pee that included urea instead of the more reliable uric acid. 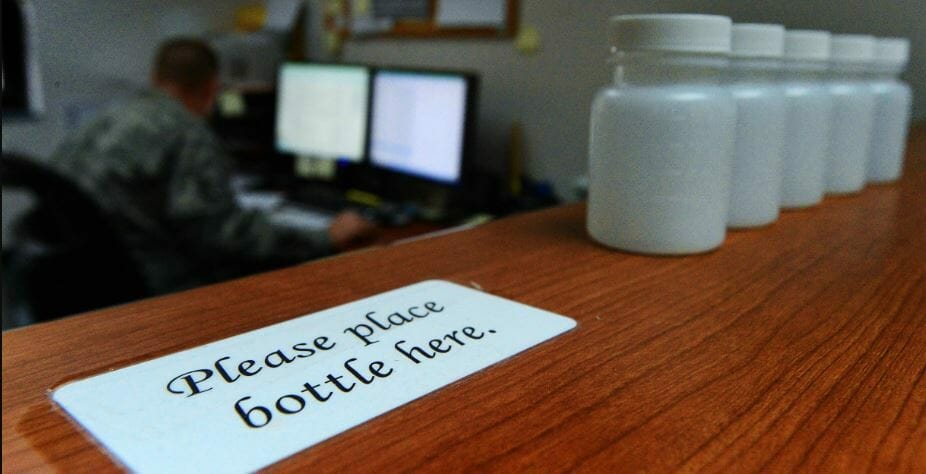 Fake pee typically is purchased online in the form of a kit that includes the synthetic urine in powder form along with a storage bag and heating component. When you have reason to believe you may be tested, you mix the powder with water, heat it to the proper temperature (between 90 and 100 degrees Fahrenheit, which is what human pee would be), and submit it in place of your own pee. If you purchase fake pee products with uric acid like Quick Fix, follow directions carefully and can submit the synthetic urine sample, you stand better than a 99% chance of passing the drug test for nicotine and every other substance that they may choose to test you on.

Since we’re already talking about artificial pee, let’s quickly talk about which brand is actually deemed best out there. Based on our many reviews and research, the most highly recommended product right now is Quick Fix. It boasts almost a 100% pass rate when it comes to drug tests. Believe me, we’ve tried it ourselves. If you are keen to grab one of these, just click the button below or this link right here to get it straight from an approved seller.