Morphine & Urine Drug Tests
How Long Does it Stay in the Body? 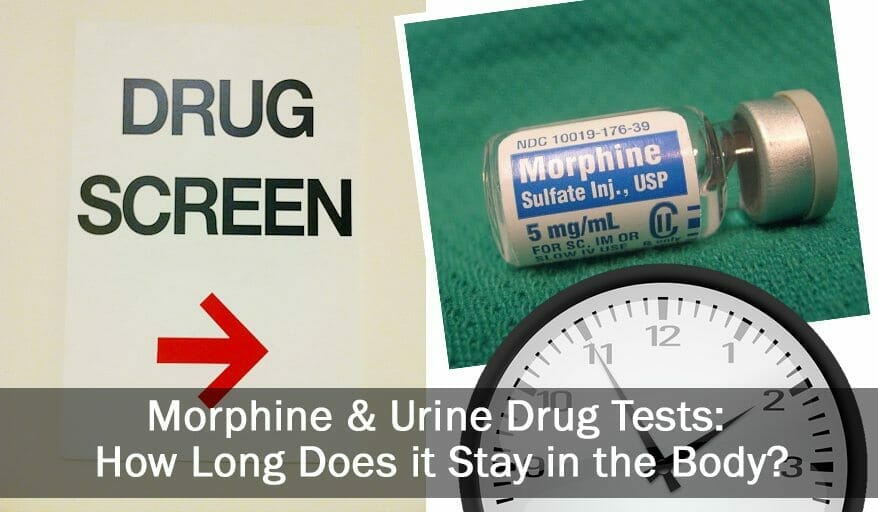 Morphine is named after the Greek god of dreams, Morphium, due to its tendency to cause the person taking it to fall asleep. It is an opiate first extracted from the opium poppy plant in Germany in 1804. It works directly on the nervous system to numb feelings of pain both chronic and acute. There are a number of conditions and situations where morphine is commonly given today, including during difficult childbirths. Morphine can be administered by injection, by mouth in the form of tablets, or rectally in the form of suppositories. It usually takes around 20 minutes to fully take hold when given intravenously and about an hour when taken by other methods. A dose typically lasts anywhere from 3 to 7 hours although longer acting formulas do exist. 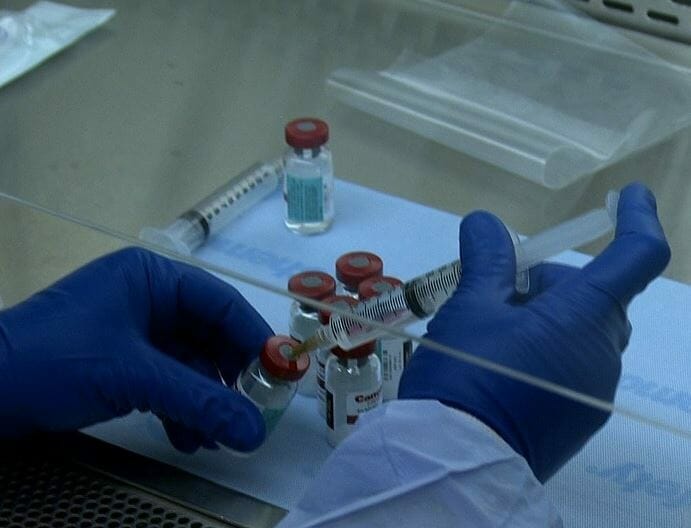 Morphine was first marketed to the public in Germany by Serturner & Co in 1817. Ironically, it was not only offered as a pain reliever but as a treatment for opium addiction and even alcoholism. The irony being of course that in using it to treat other addictions, a whole new class of addicts was created: morphine addicts. The company that would eventually become Merck began mass producing the drug in 1827, and its been part of the public consciousness ever since. Morphine sales were actually instrumental in making Merck into the powerhouse it eventually became.

During the American Civil War of the 1860s, morphine was widely used, and the result was thousands of soldiers on both sides returning home after the war as morphine addicts. The disruption and pain caused by this phenomenon led to calls for a ban on morphine, but it took nearly 50 years for Congress to finally pass legislation that made morphine a controlled substance.

Today morphine abuse is widespread. Of all substance abuse-related emergency room visits in the U.S., morphine is the third most common cause, behind only alcohol and heroin. None of that, however, diminishes the ability of the drug to deliver comprehensive pain relief to people in need.

Because the drug is abused on a large scale, it has acquired a number of street names including:

Morphine Uses and Side Effects 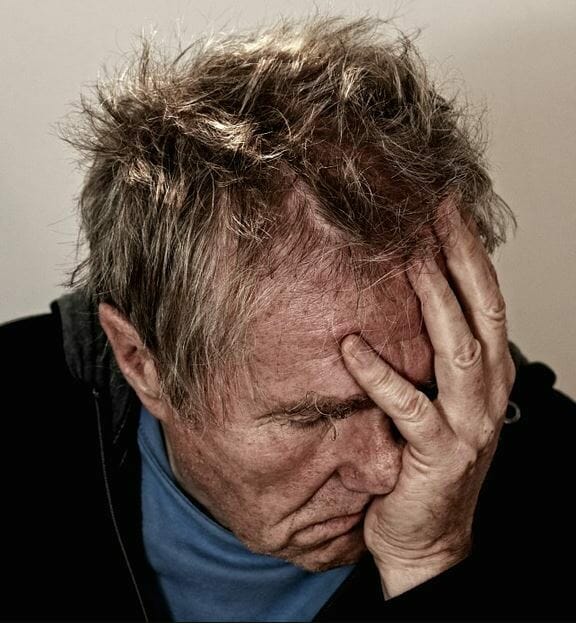 Morphine today is widely administered in hospital and other clinical settings. It is particularly useful in providing terminally ill cancer patients with relief from pain in the final stages of their disease. It is also widely used in postoperative situations in order to allow patients to transition back to normality without having to experience a period of intense pain. Morphine is almost never indicated however for use with head injuries.

Side effects from morphine use can range from the mild to the fatal and include fever, accelerated heart rate, twitching, vomiting, diarrhea, slowed heart rate, loss of appetite, overwhelming tiredness, slowed breathing, blue lips, difficulty swallowing and swelling of the tongue, lips, or face. Swelling of the face or components of the mouth cavity likely indicates an allergic reaction and medical help should be sought immediately.

Do Companies Drug Test for Morphine?

Morphine is a powerful opiate and all standard 5-panel urine-based drug tests screen for opiates. So yes. Companies large and small that conduct drug testing regularly screen for morphine. If you were administered morphine in conjunction with a medical procedure your company was aware of, then you have little to worry about even if you test positive. If, however, your employer was not aware of any potential morphine use, you will have a lot of explaining to do should you test positive.

How Long Does Morphine Stay in Urine?

As everything is when it comes to putting things in your body, there are several factors that are involved when it comes to how long it stays in there like; age, metabolism, weight, activity, usage, genetics, etc. But, typically, morphine stays in our body for about 4 days. Although, if you have been using the substance for quite a while, it could take up to several days for it to completely leave your body.

Can I Flush Morphine out of my System Quickly? 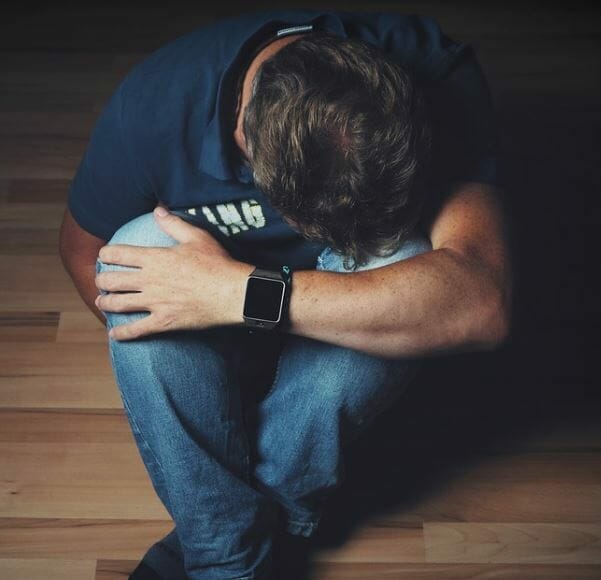 When morphine is taken, the effects typically last for up to 6 hours. (Although there are extended release formulas available, these almost never make it to the street.) The half-life of morphine averages about 5 hours but it leaving your body entirely is hard to gauge even more so if you’ve been using it for longer periods of time.

When it comes to possibly flushing your system faster in cases of a pending drug test, there are plenty of websites run by shady types who will try to profit on your desperation and sell you a so-called “easy solution”. They’ll swear on the souls of their ancestors their miracle product will cleanse your system in a couple of hours. Don’t believe it. No amount of green tea, niacin, or detox drinks will speed up the process of morphine elimination. Your only realistic recourse if you believe morphine is still in your system is to detoxify.

The Only Real Solution

While the only way that’s guaranteed to produce a clean drug test is to not do drugs, the next best thing is to submit an alternative sample for testing. Asking someone else to provide you with their pee is risky because you don’t know what they might have taken themselves. That leaves synthetic urine and detox drinks as reasonable alternatives. 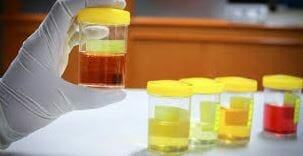 Synthetic urine is chemically identical to human pee and can be obtained from a number of online sources. If you choose this method in an attempt to pass a drug test, remember that you’ll need to follow all directions which take a lot of time, heat your sample to the proper temperature (between 90 and 100 degrees Fahrenheit) using the heating element provided with the kit and make sure you’ve purchased synthetic urine that includes uric acid. If it doesn’t, the machine will reject the sample and you’ll be out of luck.

The detox drinks, however, offer to cleanse your system by taking them regularly even up to the time of the urine drug test itself. It is advised to drink the detox drinks at least 5 hours before the test to allow the drink to collect the toxins and gradually flushing them out of your system through your urine.

What You Need to Do…

If you suffer from morphine addiction, the best thing you can do for your future and the future of your loved ones is to seek help immediately. If, in the meantime you need to pass a drug test in order to keep your job, synthetic urine or detox drinks represent your best option for doing so. Just make sure you familiarize yourself with all aspects of the process before attempting it to further guarantee your successful testing.

However, preparing the fake pee may cause hassle and trouble that you won’t be able to get away with. That’s why detox drinks like Rescue Cleanse come in handy whenever you need to remove the toxins from your body first before submitting a clean and natural pee in no time.