Skip to content
Home » Drug Testing » Can Flexeril Show up in Urinalyses?
CONTENTS

Can Flexeril Show up in Urinalyses?
How Long Does It Stay? 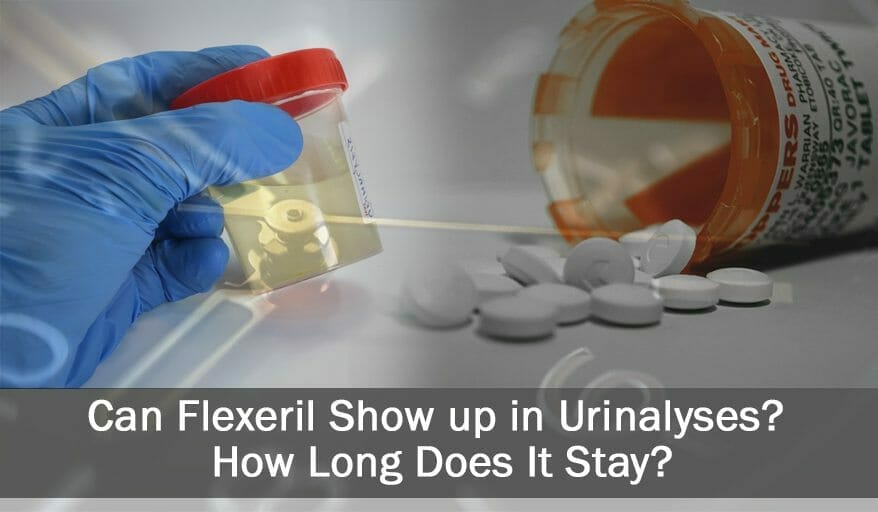 Flexeril is a popular brand name for the muscle relaxer cyclobenzaprine. Cyclobenzaprine is commonly used to relieve muscle spasms and ease discomfort related to muscle injuries. It has also gained traction in the past few years as a possible treatment for fibromyalgia.

Flexeril is not intended to be a long-term solution to chronic pain issues or for conditions such as cerebral palsy. Its primary use is a short-term remedy for pain related to acute conditions such as tightness in the back following overexertion. Typically cyclobenzaprine will reduce pain over the first two weeks of use, but there are no proven benefits of using it for longer than that.

But the question is: how long is Flexeril detectable in pee?

We’ll talk about that but first, side effects.

Flexeril is well regarded as a treatment for muscle spasms and strains, but it’s not a medication without side effects. Those side effects include:

If you have been using Flexeril for a prolonged period and suddenly stop, you may experience a general sense of malaise along with headaches and nausea. That said, if you experience any of these severe side effects, it is strongly recommended you seek medical assistance immediately as they could be precursors to arrhythmia, myocardial infarction, or even stroke.

Are There any Dangers to Taking Flexeril? 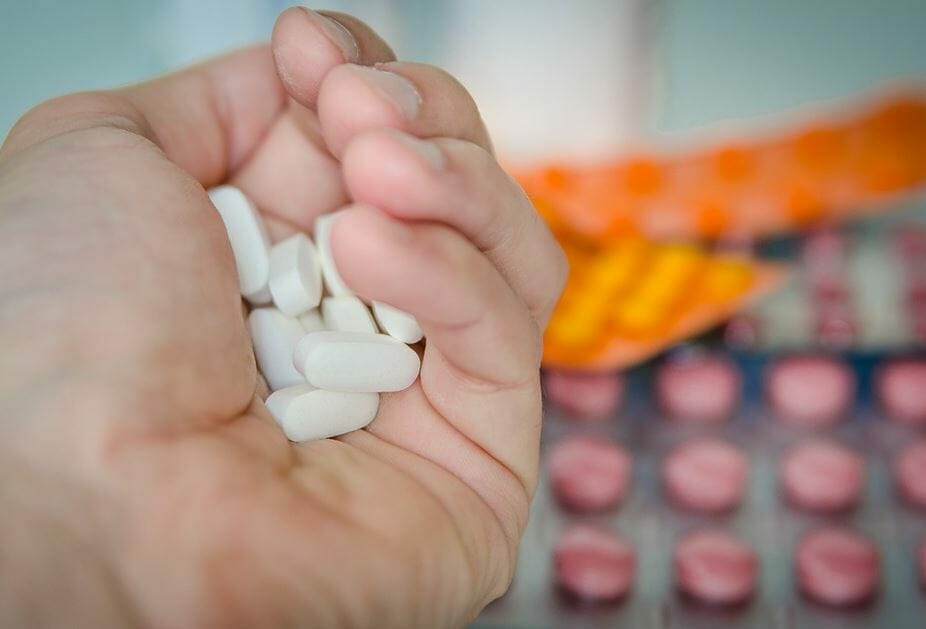 There are a fairly significant number of people who have become psychologically addicted to cyclobenzaprine yet the federal government won’t classify it as addictive.

As mentioned, cyclobenzaprine can also cause mild to moderately severe withdrawal symptoms, which is usually another benchmark of an addictive substance.

In addition, taking cyclobenzaprine in concert with other drugs may lead to a condition known as anticholinergic toxidrome. This condition is characterized by confusion, an inability to reason, dark foreboding thoughts, hallucinations, visual disruptions, and other symptoms. If left untreated, the condition can eventually lead to seizures, coma, and death via heart attack. 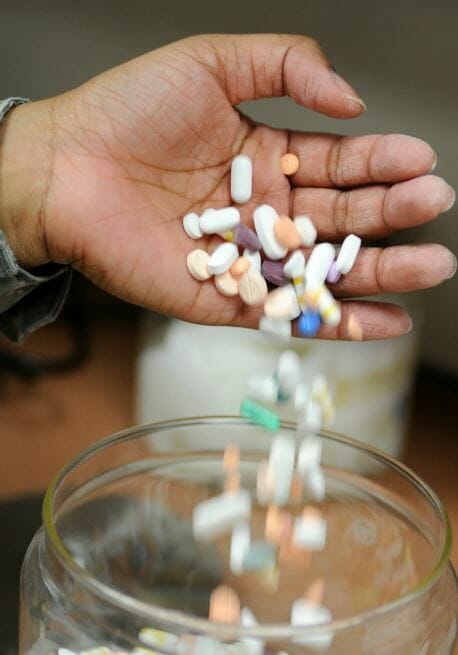 Anyone who doubts the addictive potential of cyclobenzaprine need only look at the cocktail of drugs that killed pop star Whitney Houston. The toxicology report following her untimely demise indicated her death was caused by a combination of numerous drugs including cocaine, Xanax, and cyclobenzaprine.

It is believed that she became addicted to cyclobenzaprine as a way to take the edge off of physical stresses caused by cocaine abuse. But Ms. Houston is only one example of a person taking the drug for no legitimate reason, and there are countless more examples in the general populace.

Will Flexeril Show Up on a Drug Test? 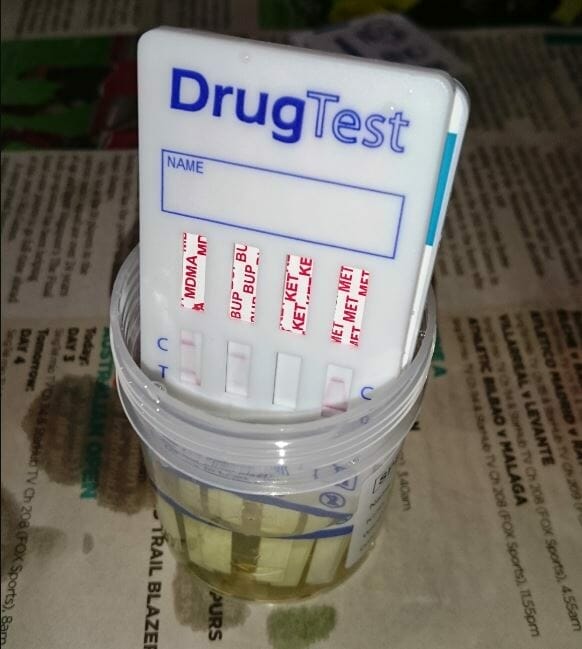 The standard 5-panel drug test performed in many workplaces will not typically screen for cyclobenzaprine. However, some 10 and 12-panel drug tests will and, just as importantly, those paying for the drug tests (that would be your employer) have the right to request the testing company look for whatever they want them to look for.

Therefore, if an employer suspects a worker may be using an exotic or unusual drug, they can simply request the testing company screen for it. The fact is that with the recent declaration of the opioid crisis, employees can expect their employers are going to start sifting through their urine samples much more carefully in the future looking for whatever might be there that they would have missed before.

But how long does Flexeril stay in your system?

If you use Flexeril but are pretty confident about passing an upcoming drug test because you will have been clean for a week by the time the test arrives, remember this: Flexeril has an extremely long half-life that ranges from 18 hours to three days.

This means that Flexeril stays as long as 16 days in your system before it clears out completely.

Why Would They Test for Flexeril? 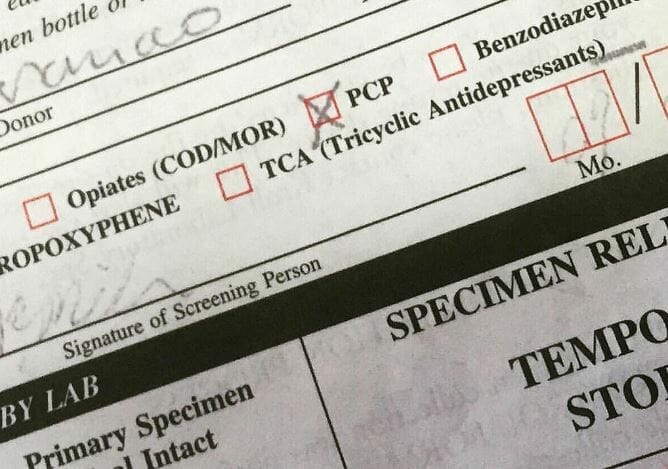 If you owned a factory where people were tasked with operating potentially dangerous machinery, would you want them suffering from the side effects of cyclobenzaprine (dizziness, fatigue, drowsiness and more) while they were on the job? What about truck drivers? Would you want them getting dizzy behind the wheel? Of course not.

It is very dangerous and lives can be at stake here.

What Can I Do About it?

If you’re facing an impending drug test and you’ve recently self-medicated with cyclobenzaprine without notifying your employer, you may be in a tight spot. Of course, there’s a chance that your employer isn’t going to be screening for Flexeril, but if you’re facing a 10 or 12-panel test, the odds increase significantly. That said, you basically have three options:

Flexeril has a long half-life, thus, can stay in your system for several days to weeks. If you have an upcoming drug test, cyclobenzaprine may show up in your urine sample. To avoid this, you may want to use synthetic urine sample to pass your test. The problem comes in when someone’s going to supervise you while you’re collecting your sample.

So if you have your drug test scheduled, whether supervised or not, using a detox drink to cleanse your system off of any compound may be your best bet. We recommend Rescue Cleanse, as it has a proven track record of cleaning your system in just 72 hours.