Skip to content
Home » Drug Testing » How Long Does Weed Stay in The System of an Athlete?
CONTENTS

How Long Does Weed Stay in The System of an Athlete?

New to cannabis? Then you’re probably curious about how long weed stays in the system. If you’re facing a drug screening test soon, it’s also valuable to know how weed interacts with the body.

THC (delta-9-THC), the compound that causes short-term euphoric trips, is found in recreational and medical cannabis. The effects may wear off in a few hours, but the concentration of THC in your system certainly doesn’t.

Major pro leagues and colleges drug test their athletes. Weed is a banned substance for most establishments, so knowing how long it stays in your system is vital.

How long THC or weed will stay in your body or show up on a drug test depends on a few factors. These will affect how long cannabis stays.

Most research shows that THC stays in the body of chronic users far longer than occasional users. THC builds up in fatty tissues quite faster than it can be eliminated, which means a heavy smoker may test positive for drug use many days after they stopped using. [1]

If you consume a high THC concentration, the body will take longer to metabolize it. The stronger the weed, the longer the time it takes for your body to break it down.

THC metabolites are often stored in the fat cells of your body. The higher your BMI (body mass), the lower your metabolic rate is, and the slower you’ll be able to metabolize and flush out the weed.

Traces of THC will leave your body quicker depending on how active you are. Athletes may find it easier to flush out the THC in their bodies by speeding up the bloodstream and sweating it out. The more you move, the faster your metabolism works.

Although, excess exercise right before a drug test will do you more harm than good. Stored-up THC will be released from the fat cells and into the bloodstream during exercise.

This may seem to increase the number of weed levels in your system, even if you didn’t consume any in the past few days. 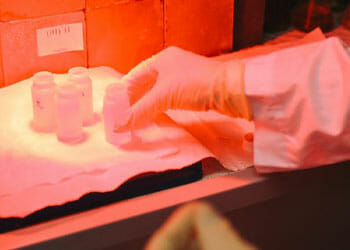 THC (delta-9) is the compound in cannabis that gets checked during drug tests. After cannabis consumption, components that aren’t related to THC do not stay in your system for a long time.

However, even after feeling the effects of cannabis wear off, THC gets metabolized into inactive metabolites. This means that even though you don’t feel high anymore, a concentration of THC still stays in your system.

So, when you get tested for weed, they’re really checking for any remaining THC metabolites in their inactive form.

During the THC metabolism process, around 80 distinct metabolites get broken down. They are then stored in body fats, after which they get eliminated through feces and urine—making urine testing ideal for catching cannabis users!

So, how long does weed stay in the system of an athlete?

To completely understand how long does weed stay in your system, first we have to know how THC interacts with the body.

The most common way to ingest cannabis is to smoke it. Smoking or vaporizing weed is also the fastest way to get THC into the bloodstream.

When marijuana is smoked, THC is carried through the bloodstream and directly to the lungs. From there, THC is pumped around the body, affecting the CB1 receptors located in the central nervous system, brain, and certain organs.

THC is passed through the liver and broken down into metabolites as blood circulates throughout the body. Drug tests are used to pinpoint the metabolite known as THC-COOH or 11-nor-9-carboxy-THC.

When weed enters the body in a capsule or edible form, the process is slightly different. In this case, THC enters through the stomach walls, which is then absorbed into the bloodstream.

From there, THC travels directly to the liver, where the most part is metabolized or eliminated. The THC-COOH that remains is then circulated by the heart and sent to the brain.

How Do They Test For Weed In Athletes?

Cannabis will show up in your system much longer, depending on what type of test you take.

Urine tests are the most common when it comes to drug testing for weed. It’s the easiest and costs the least. A urine test can reveal weed use for weeks after consumption due to the byproducts of THC being detectable for more extended periods.

Recommended Article: How to Pass a Urine Drug Test

Sometimes a weed drug test will be conducted using the test subjects’ blood.

Since your body rapidly metabolizes THC, blood tests for marijuana use are rare.

THC remains in your hair longer than any other system in the body. 1.5 inches of hair are usually used in the standard hair follicle tests. This can show anywhere from three months of weed use, all the way up to a whopping few years.

Recommended Article: How to Pass a Hair Follicle Drug Test

Sometimes marijuana a drug test will be conducted by testing the person’s saliva for traces of THC. In this case, THC will appear in the saliva about an hour after initial use. THC will be detectable in the saliva until it is fully swallowed. That typically takes between one and two days.

Brushing your teeth, drinking lots of water, eating fatty foods, and using mouthwash could help flush out the traces of weed from the saliva.

How Can Athletes Beat A Drug Test? 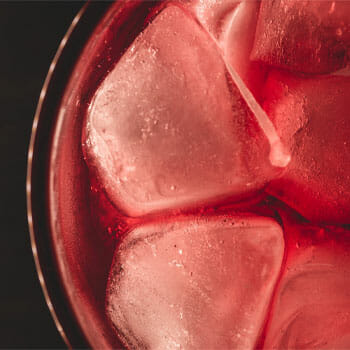 If you’re an athlete, a drug test here and there won’t be uncommon practice. Due to this, you may want to find a reliable way to get rid of THC as soon as possible.

Unfortunately, doing so can be quite tricky. If you attempt to get rid of the weed in your system by drinking tons of water, you’ll not only have to pee every five minutes, but you can also risk water intoxication, which can lead to illness or even death.

The obvious answer would be to stop using marijuana immediately… but, is that really what you want to do?

You can also try good ol’ cranberry juice or staying away from low-calorie diets. These are great options, but something even handier is synthetic urine.

A synthetic urine kit is essentially a system that provides you with fake urine. There is a full range of fake urine products available for purchase, most of which will secure you a 100% pass on your next marijuana test.

The most reputable fake urine brands mimic your body’s natural urine but without the THC present in your own. It sounds a bit gross, but it’s a sure-fire way to pass that test.

Clear Choice Sub Solution has a high success rate, and most people looking to pass a drug test usually go for that brand first. Sub Solution is easy to use and works the same as the real thing.

So, How Long Does Weed Stay in the System of an Athlete?

The amount of time weed lingers in your system depends on a few facts such as body fat, genetics, gender, THC concentration, and how long you take it. Weed taken in large amounts often will remain in the system longer than single-use.

It’s safe to assume different tests will offer up different results. Generally speaking, weed will stay in the system for anywhere between four to forty days.