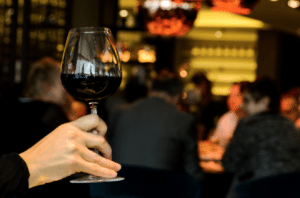 Digestion of alcohol in our body cannot be compared to the digestion of the other foods we ingest. Once we take in liquor it passes through the esophagus to the stomach and small intestine.

The small intestine absorbs 80% of the consumed alcohol while the stomach absorbs the rest 20%. Once it is in the small intestine and the stomach, it does not go through the normal body digestion process but instead it goes directly into the bloodstream, where it dissolves with the water molecules in the blood. The liver plays the main role of eliminating the alcohol consumed once it is absorbed into our bloodstream.

All types of alcoholic drinks usually have a different quantity of pure liquor, where some have high amounts like wine and some very little amount of alcohol like beer. Liquor in alcohol is metabolized by the liver in our system at the same pace in everyone, regardless their size, age or even race.

So, How Fast Does Alcohol Metabolize?

The liver metabolizes liquor at a rate of .015 of BAC (blood alcohol concentration) per hour. BAC is the percentage of pure alcohol that is present in your bloodstream. Having said that, here is a more detailed view of how fast a body can metabolize alcohol at different rates.

One unit is always equivalent to 8 g or 10 ml. For example, if you take a glass of wine that is 5 fluid ounces, it will take about an hour for a normal liver to metabolize the alcohol or if you consume a large glass (250 ml) of an average strength wine which contains roughly 2.1 units, your body will take about 3 hours to clear alcohol from your system for you to sober up.

Even though it may take one hour for the liver to metabolize .015 of BAC, there are various factors that may affect this process.

Other than the liver which metabolizes the liquor in our body, there are more factors that determine how long it takes for the alcohol to leave the system which includes:

So, How Long Does it Take to Leave your Urine?

Some laboratories these days use this testing method called “EtG” which stands for Ethyl Glucuronide. It’s an indication that the body has processed alcohol recently. So, if you’re tested for that, you have to know that it can detect consumption in the past 80 hours, approximately. It’s also known as the “80 hour test”, which I know most of you have heard once or twice.

So, How Long Does it Take to Leave your Blood?

A regular person’s blood alcohol level from one ounce of alcohol will increase to about 0.015. And, about every hour or so that same amount of alcohol will pass through the person’s body. Also, it is important to note that when your levels of alcohol in your blood passes 0.055, then your body tissues and blood will begin to take in more of the substance which causes you to be more drunk.

How to Pass Random EtG Testing?

As noted above, drinking water can help you dilute the consumed alcohol but it doesn’t necessarily mean you have gotten rid of the alcohol from your body. Therefore, once you get tested for EtG with only water to your defense, don’t be surprised if you get an EtG-positive result.

To avoid such an incident, you might want to consider taking detox drinks such as Rescue Cleanse first to help you remove the alcohol and other toxins from your system before you go risk yourself for the testing. Detox drinks not only cleanse your system, but they could also help you pass random EtG tests in your company.

In conclusion, to avoid the risk of harming your body from alcohol, a person is advised to avoid taking regularly more than about 14 units in a week. If a person is used to drinking more than 14 units a week then it is advisable for them to spread their drinking over 3 days.

Also, the use of detox drinks like Rescue Cleanse will help a person treat his/her alcohol dependence by effectively flushing it out from his system. Follow the instructions carefully and you’re good to go.