Is Adderall Detectable in Urine Drug Tests & For How Long? 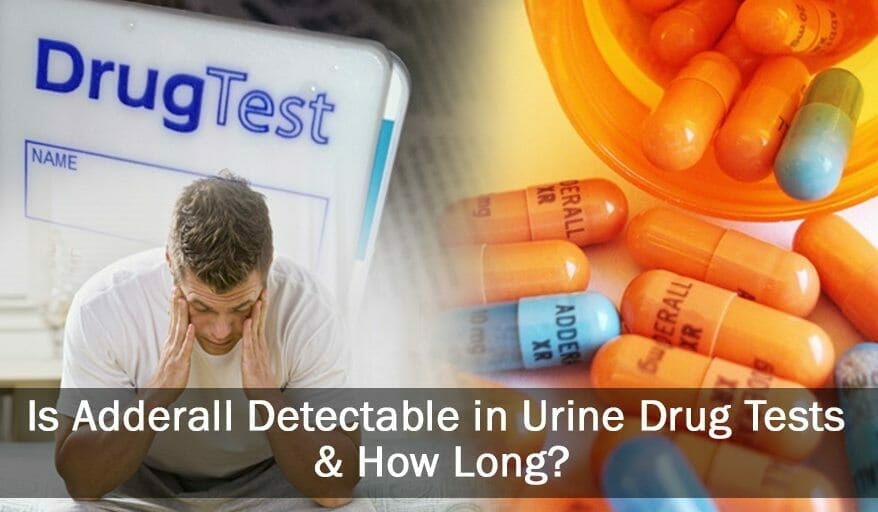 Adderall is one of those drugs that has as many legitimate clinical uses as it does questionable recreational uses. From a clinical perspective, it’s used in the treatment of attention deficit disorder and narcolepsy. It’s also used to enhance cognitive abilities as well as athletic performance, making it one of the most versatile medications on the market today. As we just mentioned, however, it’s also found more than its share of shady applications and is prized by some for its alleged ability to generate a euphoric state and enhance the sex drive.

As it acquired a reputation on the street, it also acquired some street names including:

Adderall is known to increase a person’s resistance to fatigue as well as their physical strength. On the downside, it can also decrease reaction time, and large doses of Adderall can interfere with cognitive abilities and even induce a state of psychosis wherein the person is beset by paranoia and delusions.

Background of the Substance… 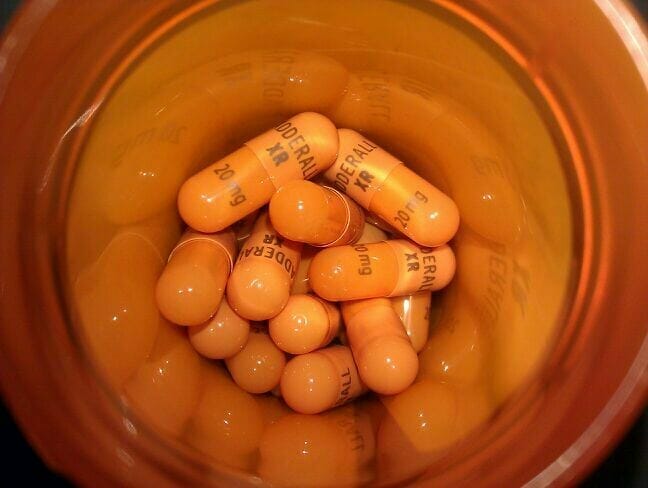 Adderall wasn’t always Adderall, and it wasn’t always the kind of effective all-purpose medication it is today. It began life as Obetrol, a weight loss drug that was ultimately pulled from the market in 1973 because it was deemed ineffective by the government’s Drug Efficacy Study Implementation Program. After being pulled, its amphetamine components were reformulated by its maker Rexar and, in spite of the fact that it lacked FDA approval, it somehow made it back onto the market where it remained for quite a while. In 1994 Rexar was bought out by Richwood Pharmaceuticals who renamed the drug Adderall (in reference to its newly discovered effectiveness in treating ADD). Several years of haggling with the FDA over legacy Obetrol issues ensued before Adderall finally achieved FDA approval.

Do Companies Test for Adderall in Urine? 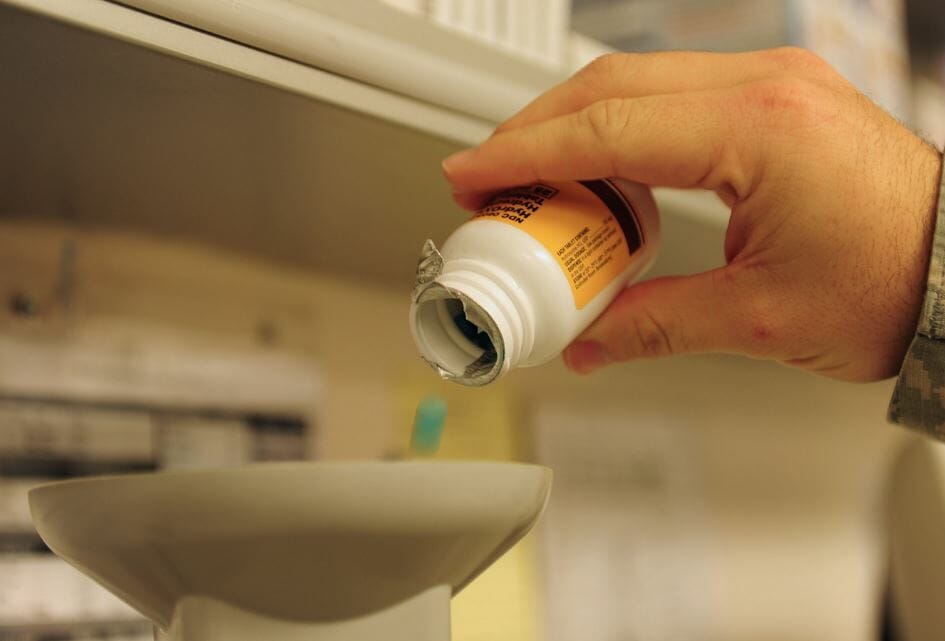 Most companies that test for drugs regularly test for amphetamine and since Adderall contains a fairly high percentage of amphetamine, anyone taking the drug is susceptible to being snagged by a drug test. If you have been prescribed Adderall for a legitimate reason, you should consider disclosing that to your employer as it will negate any adverse consequences of testing positive. If, however, you were on Adderall at the time you were hired and did not disclose this to your employer, disclosing it after the fact may put you in jeopardy.

So, How Long Does it Stay in your Urine?

The simple answer is about 2 to 4 days.

Also, since Adderall stays in your system from 2 to 4 days, anyone engaged in the recreational use of this drug will have to either live with the risk of being caught or devise a method for passing any tests when they occur.

What are the Options for Dealing with Drug Tests?

As we said if you have been prescribed Adderall by a physician your first and best option is to disclose this fact to your employer. If this is not a practical possibility for some reason and your employer conducts random drug testing, then you’ll need to find a method for dealing with those tests. Some people use a nasal decongestant. The thinking here is that the nasal spray will produce a false positive that masks the real positive generated by the Adderall. You can then explain away the false positive by disclosing you had been using the nasal decongestant. Another method some Adderall users employ to pass drug tests is to increase urinary pH by ingesting large amounts of Alka-Seltzer or baking soda. In theory, this should decrease the amount of amphetamine excreted in the urine to an undetectable amount. This method, however, is extremely unreliable.

Are There Other Ways to Pass a Drug Test for Adderall?

Perhaps the most effective method for passing a urine test for Adderall is to use synthetic pee. Synthetic urine is what drug testing machine manufacturers use to test the efficacy of their devices. It’s widely available online and in brick and mortar places like head shops. Those who manage to submit a synthetic urine sample in place of a real one pass their urine test nearly 100% of the time. Here’s how it works: 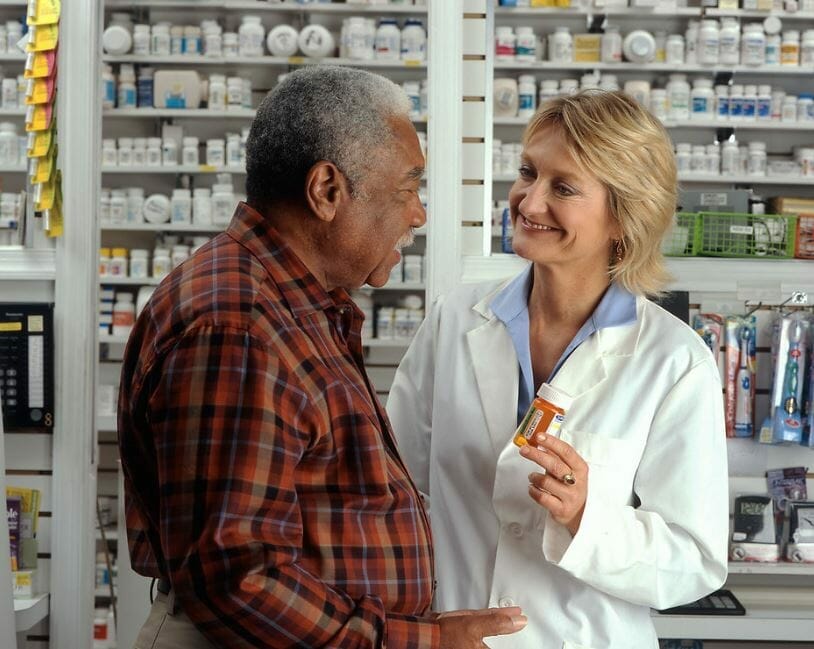 Testing positive for amphetamine can ruin your career. Even some people who were prescribed Adderall by a physician would be in jeopardy if they didn’t disclose that prescription to their employer. You can try gulping Alka-Seltzers in an effort to alter your body chemistry and pass a drug test if you want, but synthetic urine may be a more reasonable alternative as it can actually guarantee that you’ll pass your next urine drug test.

The great thing is that we have reviewed all the best brands of artificial urine, and the one that came out on top every single time is Quick Fix. It has an absolutely crazy high pass rate which is above 99%. The highest we’ve seen amongst all different brands. If you are interested in buying the product, you can do so by clicking the image below where you can get the newest version for the lowest price.