Just when you thought it was finally safe to take a hit off that joint, it seems there is now another reason to hesitate other than facing the wrath of the man. Because while acceptance of marijuana has never been greater – with states from coast to coast legalizing it for medical or recreational use (or both) – that acceptance seems to have spawned a nefarious industry intent on cashing in on pot’s newfound legitimacy: the fake weed industry. In what police are classifying as a case of mass synthetic marijuana poisoning some 25 people from the same Brooklyn neighborhood were hospitalized on the same Saturday night recently. Some were released relatively soon after being admitted, but others were kept overnight for observation due to the unusual nature of their symptoms. 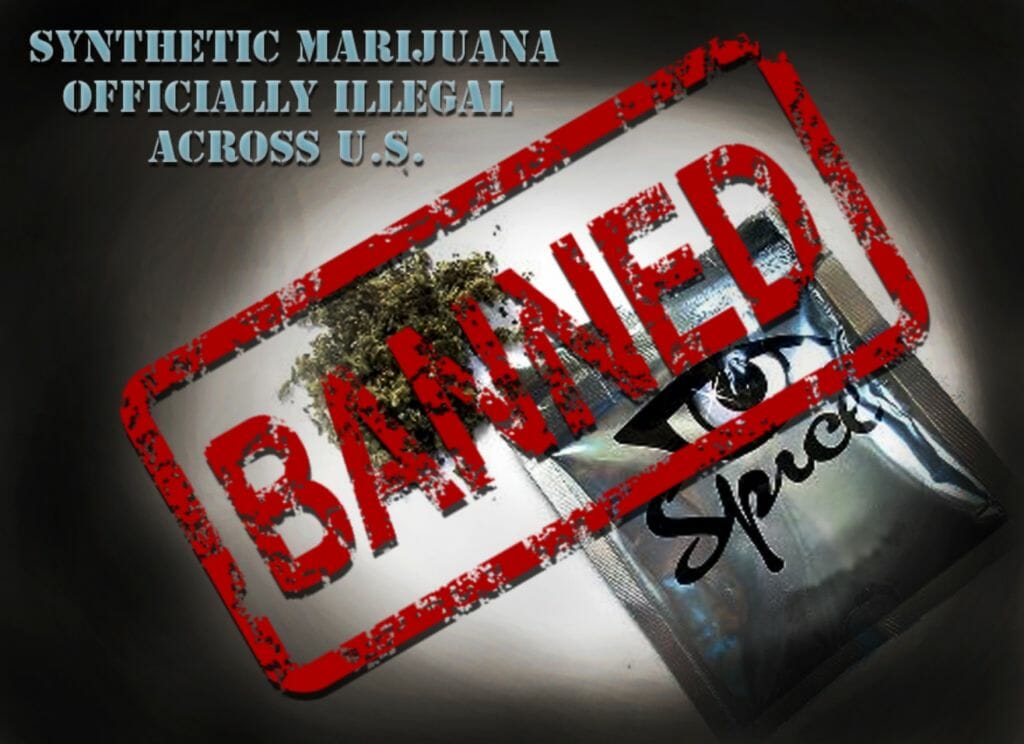 The synthetic marijuana product suspected in the recent Brooklyn incident is known as K2, and it has been finding greater and greater penetration in urban neighborhoods as people look to obtain marijuana type effects without having to pay often exorbitant prices for real weed. Sometimes fake weed like K2 will use genuine synthetic cannabinoids, sometimes fake weed is nothing more than dried and shredded plant material (pick a plant, any plant) sprinkled with rat poison. It depends on who’s producing it. Many unscrupulous dealers don’t really care what they throw into the mix as long as they make the sale.

Those synthetic cannabinoids we mentioned have been around since the early 90s. They were first produced as an experiment and afterward their recipe was made publicly available. Not much happened with these synthetic forms of THC until about 10 years ago, when emergency rooms began to notice an uptick in cases of deranged, disoriented and very sick people who claimed to have gotten that way from smoking pot.

There have been studies performed on these various synthetic cannabinoids. One of those studies, published in the prestigious New England Journal of Medicine in 2016 concluded that some of them are 85 times as potent as THC. As a result, according to the Centers for Disease Control and Prevention, instead of experiencing a sense of euphoria and good humor (along with a case of the munchies) people experience an elevated heart rate, agitation, confusion, vomiting, and hallucinations. Some die. 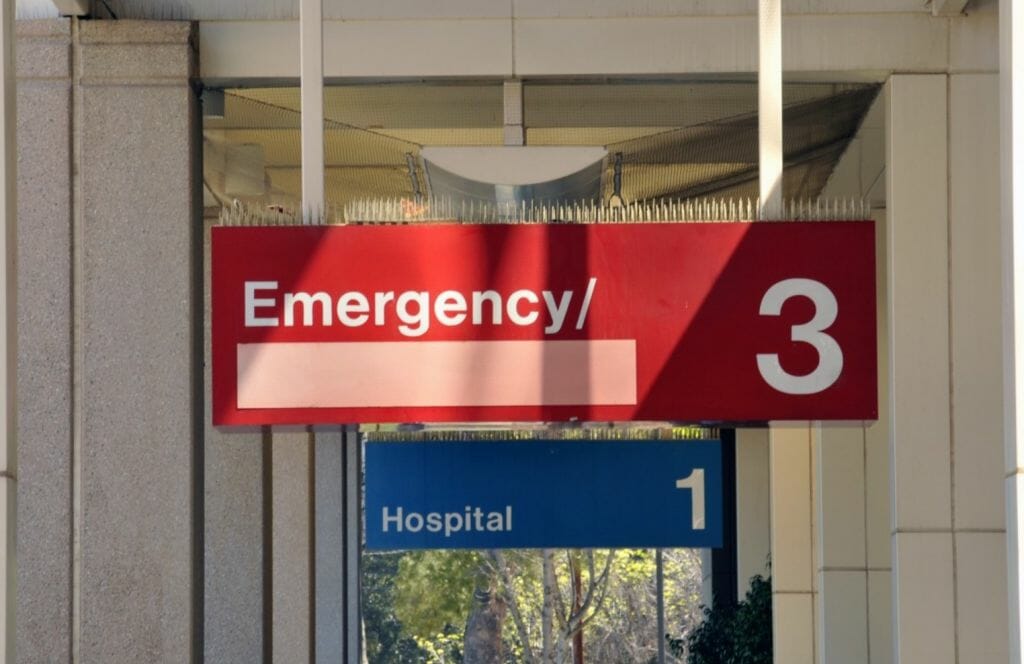 The incident in Brooklyn was not the first of its kind nor is it likely to be the last. About a month prior to the Brooklyn incident 153 people became ill and 4 died in and around Chicago as a result of smoking a particularly nasty type of fake herb. In that case, clinical analysis confirmed that rat poison had been present in the synthetic weed. Most of the 153 who wound up hospitalized, in that case, were coughing up blood, bleeding from the nose, bleeding from the gums, had blood in their urine and/or were coughing up blood. It was one of the most horrific cases yet documented of people being sold outright poison and being told it was synthetic marijuana.

Because these cases are tied to specific batches of fake weed the numbers of people tend to be large and clustered around geographic areas where the batch was being offered for sale. Another example happened last year in Lancaster County, Pennsylvania when 102 people wound up hospitalized over the course of three days. Thankfully, none of those individuals died from their experience. And for the record, this isn’t the first time such a thing has happened in Brooklyn. Two years ago another batch of poison was sold in Brooklyn and 33 people were hospitalized as a result. Those people reported various cognitive abnormalities and several experienced severe respiratory distress. 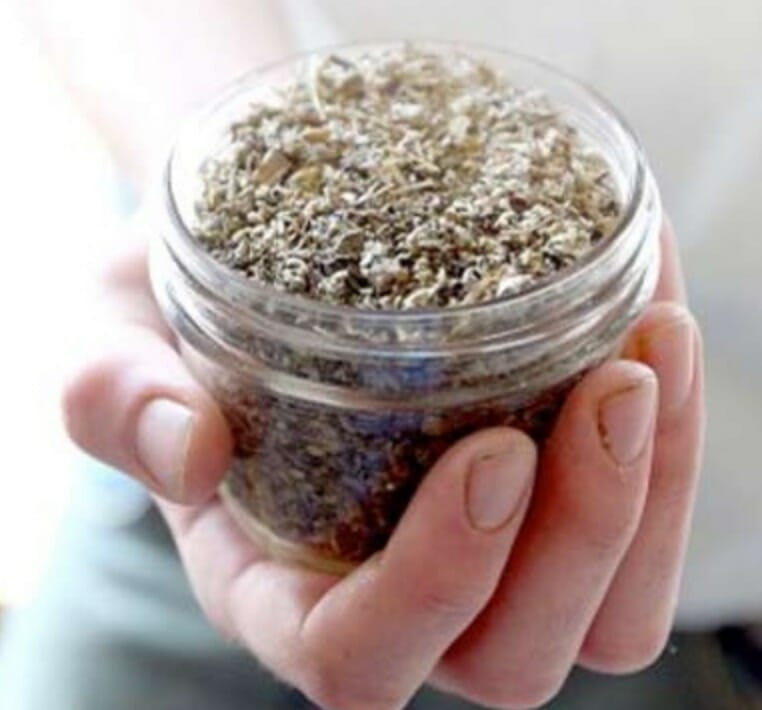 Before you get to thinking that fake weed is a problem confined to urban delinquents (or in the case of Lancaster Pennsylvania, suburban delinquents) think again. In 2016 New England Patriots defensive end Chandler Jones – a highly regarded professional football player on a championship team – walked into a police station near his home in the middle of the night, partially clothed and clearly disoriented and confused. He asked for and received medical help including advanced life support. Later his home was searched and synthetic marijuana was discovered. A few months later Jones was traded by the Patriots as a result of this incident.

In October of 2015 Seattle Seahawks fullback Derrick Coleman – another first string, highly regarded professional football player with no history of problems – was involved in a hit and run accident in which another driver was injured. Coleman was described by several witnesses at the time as being “aggravated, delirious and incoherent.” He stumbled from his car barefoot and ran from the accident site without calling the police. A search of his vehicle turned up a packet of K2 (also called “Spice”). Coleman was later arrested and charged with several offenses, including leaving the scene of an accident. He eventually pleads guilty to the charges and his lucrative and promising NFL career came to an abrupt end as a result of the incident.

So just to be clear there are two things going on here simultaneously. One is the rise of ultra-potent synthetic cannabinoids which can produce overwhelming effects, and the other is the attempt by a bunch of scumbags to cash in on people’s desire to try that cheap, ultra-potent fake THC. These outstanding citizens sprinkle dried plant material with things like rat poison and sell it to the unsuspecting, who often wind up in the hospital; sometimes in the morgue.

The real kicker is that, since most of the synthetic cannabinoids currently in circulation are not necessarily illegal, law enforcement has no coherent plan on how to deal with the problem. As such, it’s up to the individual to decide whether they want to risk their life and take a hit of that Spice when someone offers it. Or if they’d rather just pay a bit more and buy some real weed to take to the party.