Are Urea and Uric Acid the Same Thing?

Synthetic urine has proven itself time and again helping people in tight situations all over the world get the positive results they need to keep their careers on track and ensure their private lives stay private. But artificial urine is also a source of confusion for some and that confusion stems from three words: “urea” and “uric acid.” What are they? Why is it essential that fake urine include one or perhaps both of these compounds? And, most important of all, what is the difference between the two? Below we’re going to take a comprehensive look at these two compounds and try to clarify things for you so that you can make an informed decision when it comes to choosing the right synthetic product for your needs.

Because there is a lot of confusion out there about urea and uric acid we’re going to try and draw some distinctions between them with the hope of clearing things up. Let’s look at urea first. 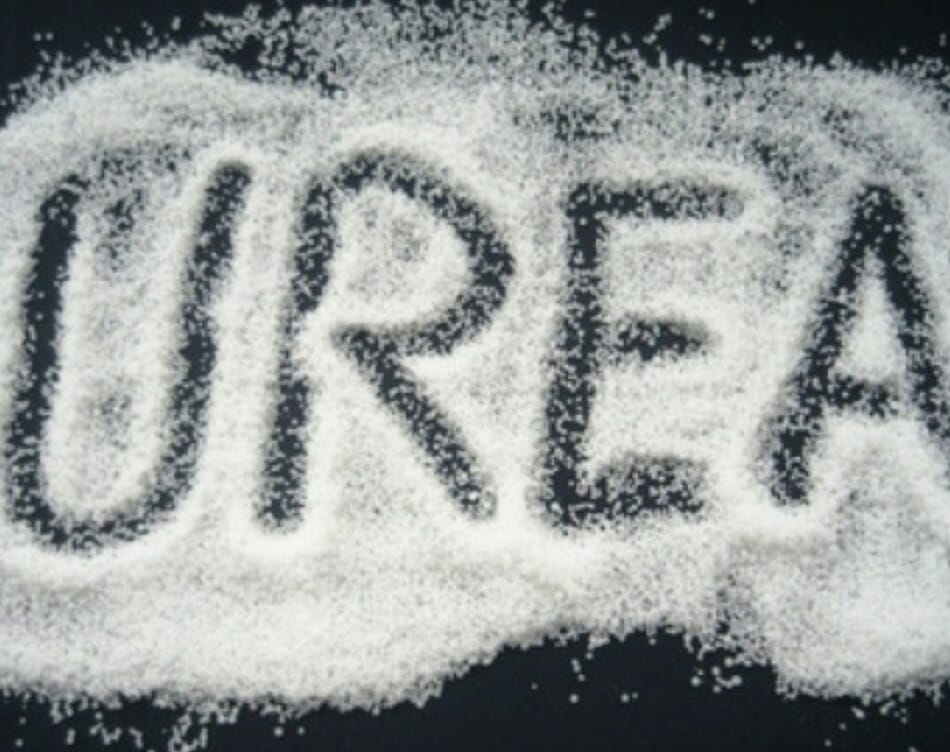 Urea is a chemical compound and waste product that is excreted from the human body in urine. When the body metabolizes proteins or amino acids one of the byproducts of that process is urea. The compound is produced by the liver and then makes its way to the kidneys before being evacuated from the body in urine.

Though toxic urea is extremely important to the body because it is the vehicle used to carry excess nitrogen from the blood out of the body where it cannot harm. On average a person excretes approximately 30 grams of urea per day by way of their pee and a much smaller amount that is released from the body through sweat. Besides being present in human pee and sweat urea is also found in animal feed, diuretics, and fertilizers.

Chemists have known about urea for more than 225 years. First identified in 1773 it became the first organic compound that scientists were able to create synthetically. Production of artificial urea has been going on since the mid-19th century, and today more than a million pounds of the substance is produced annually in the US alone for use in the fertilizers as mentioned above, animal feed, and fake pee.

Until recently most labs either didn’t check for urea at all or only did so when the tester had some reason to be suspicious of a particular sample (typically because the example was not warm enough to have just come from a human).

What About Uric Acid? 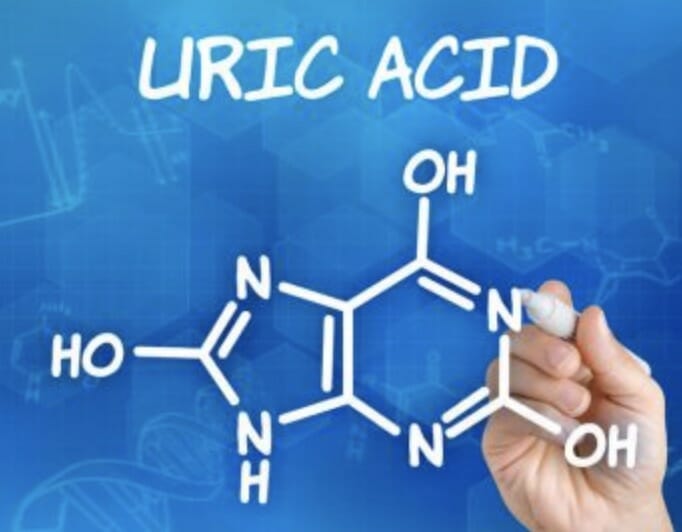 Uric acid is another byproduct of metabolic processes. It is produced during the final stages of nucleotide metabolism and always expelled from the body via urine; unlike urea some of which is excreted via sweat. Uric acid is excreted by both birds and reptiles as well as by humans, and as such, it is not as reliable a marker for the excellent human pee as urea. In reptiles and birds, uric acid may be excreted in either liquid or solid form. While humans, as we mentioned, always excrete uric acid in liquid form during urination.

So, to summarize at this point: 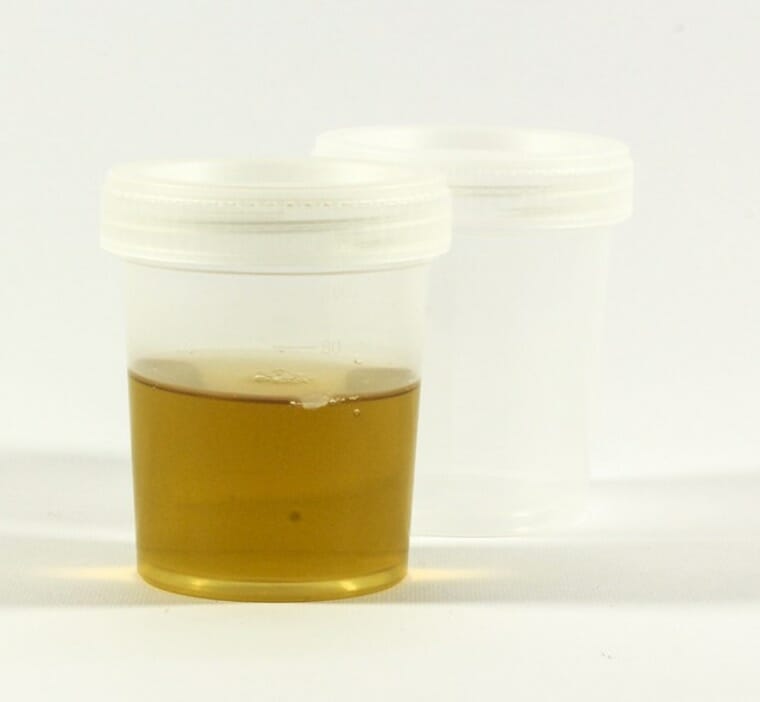 So now hopefully we can put to rest the notion that urea and uric acid are one in the same. They’re not. While it’s true both are created during metabolic processes and that both are excreted in urine, uric acid – while easier to test for – does not necessarily indicate whether a sample is authentically human or not. Urea, on the other hand, is a much better indication of human origin. In other words, if the specimen contains urea, it is likely human. So why don’t all 5-panel tests look for urea you ask. It’s a good question and the answer, as is typically the case where humans are involved, has to do with money.

So urea is a much more reliable indicator of human or non-human pee. But not all 5-panel drug tests look for it. Why? It is because urea is unstable by nature and breaks down in a hurry. Therefore testing for it is more complicated and expensive than just testing for uric acid. Besides that, if the test is looking only for urea, there’s a chance your very human sample may come back as fake because the urea broke down on its own before the test could check for it. Still, that fact hasn’t stopped an increasing number of drug testers from looking for urea. 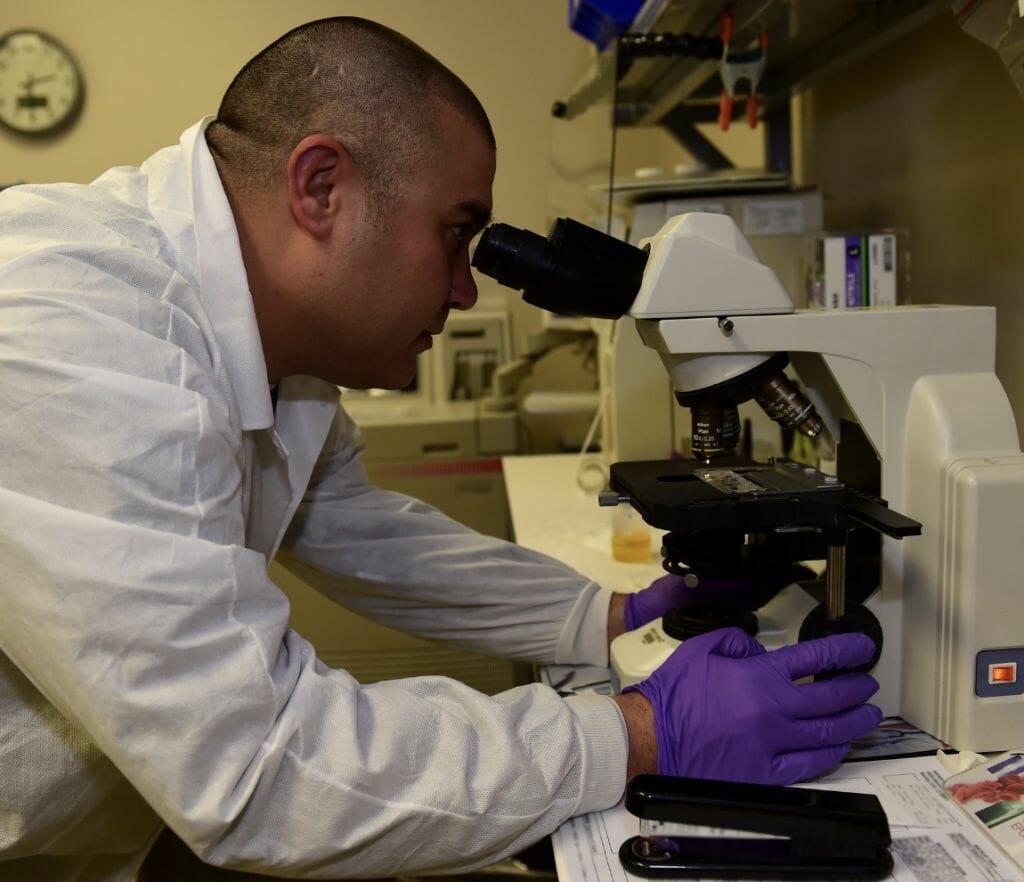 Many tests today try to cover all the bases by looking for both uric acid and urea. If they don’t find urea but find uric acid, they may pass the sample if the temperature is okay. However, if they find neither, the example will fail. Likewise, if the test looks for urea and sees it, chances are it won’t matter if it also finds uric acid. The test will pass based solely on the presence of urea (given of course that the temperature and other variables meet expectations). However, if the sample only includes urea and the test can’t find it the example will fail because the fallback positions (uric acid) is not present either.

So the best thing to do is to use synthetic urine that includes both urea and uric acid. This will give you the best chance of passing.